Delta Air Lines, Inc. (NYSE:DAL) turned heads last year when it announced that it was purchasing a refinery in Trainer, Pa., in order to hedge against high jet fuel refining premiums. Many energy industry experts were puzzled because refinery expert Phillips 66 (NYSE:PSX) was planning to shut the refinery if it could not find a buyer. Analysts reasoned that if it was uneconomic for a seasoned refiner like Phillips 66 to operate the refinery, it made even less sense for a newcomer like Delta to run it. 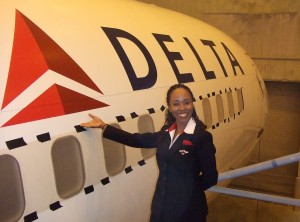 However, I have been bullish about Delta Air Lines, Inc. (NYSE:DAL)’s refinery acquisition since it was announced. As I wrote back in February, much of the criticism of the deal is based on myths rather than reality. The sharp jump in refining premiums last year hurt the profitability of all airlines, and there are no good financial instruments available for hedging jet fuel refining premiums; owning your own refinery is the only feasible way to do so. That said, the Trainer refinery logged yet another loss last quarter. Does that mean Delta’s strategy has failed?

A string of disappointments
Following the company’s acquisition of the Trainer refinery in April 2012, Delta stated that the refinery would be operating at full capacity by Q4 2012, and would save more than $300 million annually at those rates. When Delta Air Lines, Inc. (NYSE:DAL) gave an update in its October earnings release, it said that the refinery would at least break even, and possibly earn a profit of up to $25 million in Q4. This was lower than the original forecast, because the refinery had not yet reached full capacity.

Then Hurricane Sandy hit. While it initially seemed that the hurricane would have a minimal impact on operations, damage to pipeline and terminal infrastructure in the region made it hard to get products to market, and eventually forced a slowdown in production rates. By December, Delta was predicting a $50 million-$60 million Q4 loss for the refinery. When the final numbers came in, the loss was even bigger, at $63 million.

On the bright side, Delta projected a modest March quarter refinery profit when it reported the $63 million Q4 loss in January. Delta Air Lines, Inc. (NYSE:DAL) announced in early March that the refinery was finally running at full capacity, but reduced its Q1 guidance to “breakeven”, while still projecting a Q2 profit of at least $75 million. However, on Tuesday Delta announced that the Trainer refinery produced a $22 million Q1 loss due to supply disruptions and a short-term outage in part of the refinery during the quarter. Perhaps wisely, the company declined to give quantitative guidance for the refinery’s profit for the rest of the year.

Doomed?
With Delta Air Lines, Inc. (NYSE:DAL) as a whole producing record profit, it is easier to downplay the continual disappointments of the refinery segment. Moreover, Hurricane Sandy was a once in a generation event that had a lasting impact on the refinery’s operations. A large part of the Trainer refinery’s underperformance can be attributed to this “exogenous” event. The refinery’s profitability will also improve as Delta follows the example set by Phillips 66 (NYSE:PSX) and others by sourcing cheaper crude oil from North Dakota’s Bakken formation and transporting it by rail to the East Coast.

Nevertheless, investors should keep an eye on the Trainer refinery’s profitability through the rest of 2013. While Delta’s initial investment in the refinery was relatively minimal at $300 million, the recent operating losses have driven up the effective cost. If the refinery continues to be a drag on earnings, it could offset Delta Air Lines, Inc. (NYSE:DAL)’s relatively strong performance in the core airline business, and hurt its stock.

The article Is Delta’s Refinery Missing Expectations? originally appeared on Fool.com and is written by Adam Levine-Weinberg.