Dell Inc. (DELL): Will This Tech Giant See the Light of Day?

Whoever thought that we will live to see a day when PCs will no longer be in demand. Well, looks like that time is here. Low PC sales are affecting tech companies across the globe, while tablets rule the day. Even Dell Inc. (NASDAQ:DELL), one of the world’s biggest PC makers, is not as immune as we thought it would be. 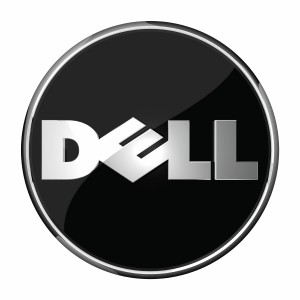 Dell Inc. (NASDAQ:DELL)’s last quarter numbers weren’t exactly what investor dreams are made of. Revenues amounted to $14.1 billion, down 2% from last year. If you think that’s bad, wait until you hear the rest. The shocker in Dell’s earnings release was its net income figure for the previous quarter. At $130 million, Dell Inc. (NASDAQ:DELL)’s net income saw a massive 79% decline from the previous year. Earnings came to $0.07 per share, down from $0.36 in the previous year.

What, one might ask, is the reason behind the dismal performance by a company as big as Dell Inc. (NASDAQ:DELL)? Nothing other than the falling demand for personal computers. With the rising demand for tablets and smartphones, PC sales are on a downward spiral. Dell, one of the last companies to shift its focus to newer devices, has obviously been badly hit by the changing trend. In a bid to lure customers, Dell has been slashing its PC prices, a move that has caused a lot of woe to peer Hewlett-Packard Company (NYSE:HPQ). Revenue from personal systems in its last quarter was down 20%, with PC sales down 29%. Diluted earnings were 31% lower from the previous year, while net revenue was 10% lower. HP also lost 12% in sales in its server business, another area where Dell Inc. (NASDAQ:DELL) has been lowering prices. To gain a foothold in the tablet sector, Hewlett-Packard Company (NYSE:HPQ) has recently started teaming up with Android and Google, a move that may undo some of the damage to its losing market share. Whether it manages to do so or not depends on the response it receives from the sale of its new Chromebook, as well as the HP Slate tablet. Until then, I’d like to remain on the sidelines, since PC sales are surely not helping this company rake in money.

Discussing falling demand for PCs brings me to Microsoft Corporation (NASDAQ:MSFT), the company mostly held responsible for the decline. Apparently, PC sales have been declining due to Microsoft’s lack of success with its Windows 8 OS. The new OS is apparently better suited to tablets and smartphones, and is not helping boost PC sales as expected. Secondly, there is no feature to enable the transfer of files from the previous Windows 7 OS to the new one, leading to low demand for the latter. In its last quarter, the company reported revenue of $5.7 billion in its Windows division. Although 10% higher than the year before, a major portion of the revenue was deferred or from sales made prior to Windows 8’s launch. With PC sales falling by 13% between January and March, the company has been having a rough time holding on to its position in the market. Its hopes are hinging on its new cloud computing offering, Office 365. Another product that may help Microsoft Corporation (NASDAQ:MSFT) float its boat is the new XBox One. Until they do, wait and watch is the best policy.