Troubled PC giant Dell Inc. (NASDAQ:DELL) has been embroiled in a months-long battle with shareholders over founder and CEO Michael Dell’s plan to take the company private (with help from Silver Lake Partners and Microsoft Corporation (NASDAQ:MSFT) ). Two of Dell’s major shareholders, Southeastern Asset Management and T. Rowe Price Group, Inc. (NASDAQ:TROW), protested that the proposed buyout price of $13.65 was too low. Subsequently, Blackstone Group offered to pay $14.25 per share for Dell Inc. (NASDAQ:DELL), and activist investor Carl Icahn offered to buy 58% of the company for $15 per share. 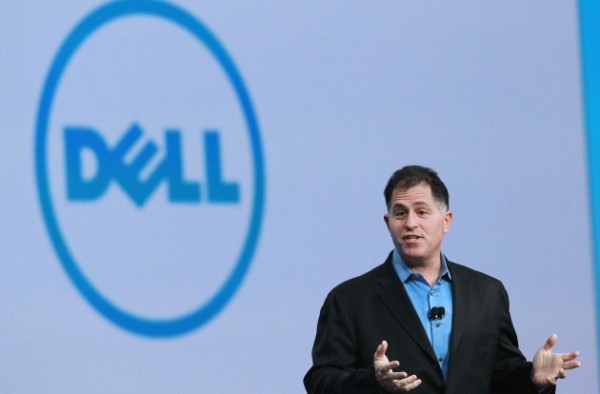 The recent bidding war has driven the Dell Inc. (NASDAQ:DELL) stock price well beyond the original proposed deal price of $13.65. However, last week Dell filed a discouraging proxy statement, which indicated that management expects things to get significantly worse for the company before any potential turnaround. The Special Committee of independent directors that evaluated the rival proposals concluded that the certainty of $13.65 cash from Michael Dell Inc. (NASDAQ:DELL) and Silver Lake was superior for shareholders to the Blackstone and Icahn bids, which would leave part of the company trading publicly. With Dell stock still trading at a premium to the Dell/Silver Lake offer — $14.30 as of Monday’s close — it is high time for shareholders to sell and lock in gains.

PC weakness continues
Dell Inc. (NASDAQ:DELL)’s big long-term problem is the decline of the PC, which has been cannibalized by the growth of mobile computing (i.e., tablets and even smartphones). The PC replacement cycle has slowed dramatically, pressuring Dell and competitors like Hewlett-Packard Company (NYSE:HPQ). Last year, HP had to write down the value of the Compaq trade name by $1.2 billion due in large part to declining PC sales. Yet the PC business is just a small part of what HP does, representing less than 30% of revenue and less than 10% of segment earnings from operations last quarter.

By contrast, while Dell has been trying to diversify into services, software, networking, and other growth areas, PC sales still represent half of the company’s revenue, and roughly 25%-30% of earnings. As a result, Dell has a lot more to lose from the continuation of weak PC sales than HP. In last week’s proxy filing, Dell stated that uptake of Microsoft’s new Windows 8 has been poor, and enterprise upgrades to Windows 7 PCs have unexpectedly slowed as well. According to a study by Boston Consulting Group (commissioned by Dell), PC division revenue could decline by as much as $10 billion over the next four years.

What’s the solution?
Michael Dell seems to be planning to double down on investments to move the company aggressively into the enterprise hardware, software, and services markets. The investments necessary to execute this transformation will depress profitability for several years. Given the strong competition in those markets from International Business Machines Corp. (NYSE:IBM), HP, and others, success is not assured.