Dell Inc. (DELL), And Why This Asset Management Company Said No

After mulling it over for about a month, asset management company The Blackstone Group L.P. (NYSE:BX) has decided to pass on taking the world’s third largest PC maker, Dell Inc. (NASDAQ:DELL), private. 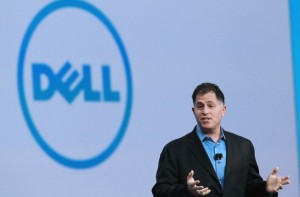 Most analysts agree. The Dell Inc. (NASDAQ:DELL) saga is rapidly turning into a referendum on the state of the PC industry, and what a sad state it really is.

Research firm IDC recently reported that PC shipments had dropped 14% year-over-year during the first quarter of 2013, the worst showing in the last 20 years. It doesn’t see any improvement for the rest of this year at least.

Dell Inc. (NASDAQ:DELL)’s fortunes have been floundering along with that of the overall PC market. Revenue has dropped 7% and EPS is off 20% over the last two years. The stock price has decreased 15%. A company with these attributes may not look particularly attractive as a takeover target unless it could be bought at a fire-sale price.

The world’s number one PC supplier, Hewlett-Packard Company (NYSE:HPQ), is also suffering, in part due to the softening of the market and also because of several recent management missteps. The company has had four CEO’s over the last two and a half years. The musical chairs in the executive office has probably had an effect. Current CEO Meg Whitman appears to at least have stabilized things somewhat.

The end result has been that both the company’s top and bottom lines have crumbled over the last two years, with revenue down 7% and EPS off by 260%. The stock has lost half its value, even after a little bit of a comeback over the last few weeks.

Unless the PC industry reverses its downward spiral quickly and Ms. Whitman can continue to improve things at the top, don’t expect Hewlett-Packard Company (NYSE:HPQ) to get better soon.

And Dell Inc. (NASDAQ:DELL) probably won’t right itself either, unless it gets out of the PC business, improves its other operations, and/or gets a cash infusion or some sort of a spark from privatization.

International Business Machines Corp. (NYSE:IBM) is a company that got out of the PC business many years ago and reinvented itself. It became successful in such endeavors as business to business services and specialized software applications. IBM was at one time the world’s largest suppler of PC’s, and in fact, in the early days, most computers intended for individuals were known as “IBM-compatible PC’s”.