Data and Bandwidth Should be Yours to Use and Sell

Published on July 10, 2018 at 1:17 pm by Insider Monkey Staff in Bitcoin, Ethereum and Other Cryptocurrencies, News, Tech

Recent moves by telcos have put them further at odds with consumers. For instance, most companies have moved away from providing unmetered internet connections in favor of monthly bandwidth quotas. They have also been lobbying to fight net neutrality. Without net neutrality restrictions, they would be able to monitor and throttle user traffic and charge different rates for access to particular types of content.

Telcos have been winning significant victories in the legislative front. Last December, the US FCC repealed the open internet rules that were put into place back in 2015. These rules prevented providers from discriminating against particular internet traffic.

Some states are attempting to come up with their own neutrality laws to protect users before the new rules take effect on July 11. However, this seems to have suffered a major setback due to major changes to California’s net neutrality bill. Previously considered the “gold standard” for net neutrality law, the bill initially contained rules that were stricter than the old FCC provisions. California legislators, however, “eviscerated” the bill, taking out most of these protections.

Most paying customers would want to be able to use the data and bandwidth for whatever lawful means especially now that most carriers have instituted quotas anyway. Fortunately, new technological developments like blockchain allow consumers to trade and share computing resources. Projects like Storj are doing it for storage. Gladius aims to repurpose unused bandwidth for cybersecurity. KeepGo plans to do it for mobile and cellular data as well.

Many wired and wireless internet broadband plans used to be offered based on speed caps. A subscriber with a 20 Mbps internet plan should be able to download any content at that speed at all times. Providers were essentially betting on the fact that most consumers don’t fully maximize their use. However, the rise in popularity of data intensive content such as video streaming prompted many providers to reconsider.

Providers have now shifted to imposing monthly caps or quotas aside from the speed limit. A wired broadband service might allow users to download at a speed of 100 Mbps but restrict data transfer to just 500 GB. With such a plan continuously downloading at full speed, the quota can be reached in just less than 12 hours. This forces users to be a lot more careful when using data. Mobile data plans are even more restrictive with lower monthly quotas.

Most providers also impose a use-it-or-lose it condition on unused data. Unused data doesn’t get rolled over to succeeding months. However, when users go above the quota, they still get charged extra. This has become a major annoyance on the part of consumers. Users often assert that since they are paying for these resources, they should be able to do what they can with their bandwidth allotment.

Blockchain to the Rescue

Blockchain appears poised to empower consumers in this regard. The technology has become a driving force in peer-to-peer transactions enabling the creation of various decentralized marketplaces and sharing platforms where almost anything can be sold or shared, even computing resources.

Blockchain-based cybersecurity platform Gladius, for instance, allows users to rent out their spare bandwidth to fight against malicious traffic such as DDoS cyberattacks. Users essentially become part of a content delivery network (CDN) where they are incentivized with crypto tokens for sharing bandwidth. 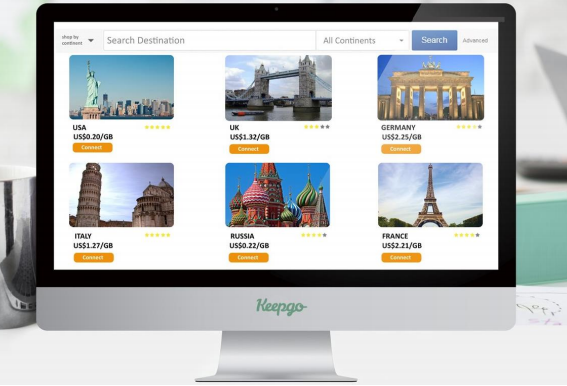 KeepGo, through their Decentralized Megabyte Exchange, seek to do the same by repurposing unused mobile data. The platform serves as a decentralized exchange for users to buy, sell, and trade their data allocations. This is now possible through virtual sim technology. KeepGo has already been working on sim-free technologies that allows users to switch between mobile carriers seamlessly. Through virtual sim technology and blockchain, it would be possible for users to trade their spare bandwidth with great ease,

Bandwidth as a Resource

Bandwidth has now become a critical resource for users. As such, enterprising telcos have made it central to their business models. Consumers have already expressed dismay over mechanisms such as data caps. If providers win their fight against net neutrality, these companies will be able to squeeze out the most business from consumers by limiting users’ utility of the resource.

Fortunately, users will have new means to have a level control even in such a landscape. With bandwidth commoditized, users can use blockchain platforms to be able to trade the bandwidth that they should rightfully own anyway. While there are other projects that seek to fully decentralize the internet and even disrupt the infrastructure layers that telcos control, these new mechanisms enable users to fight back against telco greed.