Well, I guess it’s about time to add some exploration and production risk to my Real Money portfolio. With so many options out there, I had to whittle it down based on a few criteria that I had in mind. For starters, I wanted a sole E&P; this slow growth, integrated-behemoth-action that ExxonMobil and Shell bring to the table just won’t cut it. Secondly, I wanted exposure to more than just the United States. The oil boom here has taken off beyond what most imaginations ever whispered as possible. I believe that the knowledge gained through this period of prolific production will make its way outside of the States, leading to big returns for foreign companies. Lastly, I wanted yield. It has become a trend in my portfolio, and it’s a factor I just can’t look past with the market sticking so close to its all-time highs. 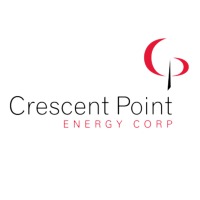 Recipe for Success Boiling this recipe down, along with a few other key ingredients, turned into a hopefully, delicious stock: Crescent Point Energy Corp (TSE:CPG). Now, I know this isn’t a large departure from the US marketplace, but this Canadian Bakken leader has a lot going for it at the moment. Need a recent example? Look no further than its second quarter results released earlier this month. One trend that immediately jumps out across the company both financially and operationally is: improvement. Double digit percentage gains litter its quarter, from 31% growth in funds flow to 21% greater overall production than a year ago. With all of the current and proposed projects the company is working on, I expect this trend to stick around much longer than a single quarter.

Welcome to the Team One of these major projects is the continued development of assets purchased in Utah’s Uinta Basin last year. These oil-heavy assets have already performed well beyond expectations. Don’t go anticipating a change of pace anytime soon, either. Management already has plans to boost ultimate recoveries and production rates through the use of advanced completion techniques. Furthermore, initiatives like these could pale in comparison to this regions potential success if Crescent Point Energy Corp (TSE:CPG) is allowed to utilize the enhanced oil recovery technique of waterflooding.

The Great Flood Waterflooding has already been used to early success by the likes of Crescent Point Energy Corp (TSE:CPG), Legacy Oil Plus Gas Inc (TSE:LEG) and Magnum Hunter Resources Corp (NYSE:MHR). In the Bakken, it is expected that waterflooding could double the recovery factor of wells in the area to 30%. Using waterflooding in the Lower Shaunavon could turn that figure on its head by boosting recovery factors from a minuscule 2.7% to a much more noteworthy 15%.