Today let’s look at GMT Capital, a private investment company founded by Thomas Claugus in 1990 that manages several hedge funds and other accounts. Its reportable stock portfolio totaled $4.1 billion in value as of June 30. You don’t generally grow that large without doing some things right. The company’s Bay Resource Partners hedge fund was named one of the richest 100  in 2011, by Bloomberg. In its first 15 years, it averaged a 20% annual  return, almost twice that of the S&P 500.

Interesting developments
So what does GMT Capital’s latest quarterly 13F filing tell us? Here are a few interesting details.

The biggest new holdings are priceline.com and MDC Partners. Other new holdings of interest include RF Micro Devices, Inc. (NASDAQ:RFMD), which specializes in high-performance radio-frequency technology. Its revenue and earnings have been growing very rapidly, with its chips in Nokia, Samsung, and Apple devices, among others. Bulls are hopeful about phone-sale potential in India and China, but bears don’t like some recent net income and free cash flow numbers in the red.

Among holdings in which GMT Capital increased its stake were Entropic Communications, Inc. (NASDAQ:ENTR) and Diana Shipping Inc. (NYSE:DSX). Home entertainment semiconductor company Entropic Communications, Inc. (NASDAQ:ENTR) saw its shares drop after it posted estimate-topping second-quarter earnings but offered disappointing guidance, because of some delays and slower-than-expected progress. The company is also trimming its workforce by 10%. On a more positive note, though, insiders have been snapping up shares lately.

Diana Shipping Inc. (NYSE:DSX), along with its shipping peers, has been suffering through a period of soft demand, in part because of slowing growth in India and China. Despite that, though, it has been effectively working to keep its margins up, while investing in newer ships. Once the economic tide turns, the company is positioned for greater profitability. It has a lower debt burden than many rivals, too, giving it more flexibility.

GMT Capital reduced its stake in lots of companies, including contract electronics manufacturer Flextronics International Ltd. (NASDAQ:FLEX). The company recently acquired some plants from Google‘s Motorola division and is now Motorola’s largest production partner. It’s set to manufacture Google’s new smartphone, the Moto X. The company also acquired automotive facilities, boosting its capabilities in that sector. In Flextronics International Ltd. (NASDAQ:FLEX)’ second quarter, both revenue and earnings pulled back a bit, in part due to softness in the telecom industry, but earnings still topped estimates. 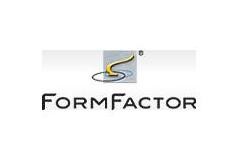 This Metric Says You Are Smart to Buy Scorpio Tankers Inc. (NYSE:STNG)