Imagine this: You are an E&P player, and you are going to drill 100 wells in one year. The cost savings from dropping the well costs from $10 million to $8 million would be $200 million dollars. That means you could drill an extra 25 wells, return cash to shareholders or purchase more leaseholds.

“This compares to our 2012 average of $9.2 million completed well cost for a single Continental-operated well… We have now hit our $8.2 million target 6 months early. And we anticipate consistently delivering operated wells for $8 million or less.”

“(O)ur average well cost dropped again to $8.2 million, excluding the cost savings from OWS. With the progress we’ve made already to date, we can drive well cost to our year end target of $8 million per well if not below.”

This is very good news for Oasis Petroleum Inc. (NYSE:OAS), but when you factor in the cost savings from OWS, it gets even better.

Both Continental Resources, Inc. (NYSE:CLR) and Oasis Petroleum Inc. (NYSE:OAS) have been able to drive well costs down substantially, which enables them to drill more wells for the same cost. This aims to drive production growth, boost the top and bottom line and thus, aid in stock price appreciation.

The two pilot projects going on right now are the Polar play and the Smokey play. Both are located in the Bakken, but only one is currently up and running. Preliminary data on the Polar play shows initial production levels at an average of  2,549 boepd (barrels of oil equivalent a day) for the 12 test wells.

This is very promising information, but investors will have to wait for an update to make sure these numbers hold. Any Bakken well that produces more than 2,000 boepd is a strong well. When investors get the update, Kodiak Oil & Gas Corp (USA) (NYSE:KOG) will also provide a glimpse into the Smokey play. This is one of the biggest catalysts for Kodiak Oil & Gas Corp (USA) (NYSE:KOG) and could significantly move the stock price.

Another big catalyst is the completion of 29 net wells next quarter, which is higher than the 18 completed in the first quarter and 24 completed in the second. This should push Kodiak Oil & Gas Corp (USA) (NYSE:KOG)’s output up much higher and alleviate investor concerns around Kodiak’s $660 million purchase in the Bakken which increased its holdings to 196,000 net acres (all in the Bakken and Three-Forks play) while adding $400 million in debt  to its balance sheet. 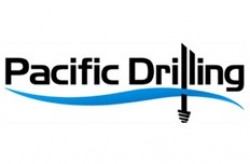