The North Dakota Bakken has helped revive the United S. energy industry, driving the nation’s crude production to its highest level since 1989. Yet there could be a bigger play, even larger than the Bakken, sitting right below it.

Even bigger than the Bakken

But based on the latest findings from United States Geological Survey, the Three Forks formation could hold more oil than the Bakken shale that lies above it. According to USGS estimates, the Bakken contains 3.65 billion barrels of undiscovered, technically recoverable oil. That’s slightly short of the Three Forks’ 3.73 billion barrel estimate.

The new report also triples the estimated quantity of undiscovered, technically recoverable gas and natural gas liquids, or NGLs, in the Williston Basin. The USGS projects that the combined Bakken and Three Forks contains 6,726 billion cubic feet of natural gas and 527 million barrels of NGLs. These estimates are conservative and could be increased as technology improves.

Of course, industry operators have provided a more optimistic assessment. ‘What [the Bakken] looks like in terms of recovery factor and recoverable reserves was about 24 billion barrels of oil.’ Rick Bott, President and Chief Operating Officer at Continental Resources, Inc. (NYSE:CLR), told analysts on Thursday, ‘But if you add the deep benches and depending on what recovery rates you use, those deeper benches could move the amount of oil in play to 32 billion to 45 billion barrels of oil. So that’s an exciting number to be going after.’

Unsurprisingly, established operators in the Williston Basin are the best positioned to exploit the Three Forks.

Continental Resources, Inc. (NYSE:CLR) has been the most aggressive in trying to prove up its acreage. The company’s Three Forks exploration program is on target to complete 20 new wells by year-end to establish the formation’s productive capacity, identify unique reserves, and de-risk leaseholds.

Other companies have posted encouraging exploration results from the Three Forks formation as well. Last quarter Kodiak Oil & Gas Corp (USA) (NYSE:KOG) completed six test wells with initial production rates between 1,204 to 3,482 BOE/d. While the early results are encouraging, management cautioned that more testing is needed to ensure the commercial viability of the play.

Newfield Exploration Co. (NYSE:NFX) continues to study and test the Three Forks, including its lower benches. During the second quarter, the company drilled an additional Three Forks well which had an average initial production rate of 1,240 BOE/d and averaged 350 BOE/d over 90 days.

As part of this effort, Newfield Exploration Co. (NYSE:NFX) drilled all the way through the lowest parts of the Three Forks to determine the prospects of the lower benches. The company’s geologists are reviewing this data now and results from this study are expected to be announced later this year. 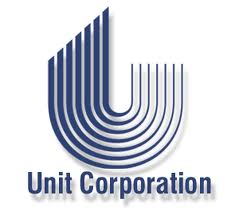 Unit Corporation (UNT): Are Hedge Funds Right About This Stock?