Constellation Brands, Inc. (NYSE:STZ) has spent the past decade transforming itself from a sleepy, regional wine maker into the world’s largest premium wine company, with well-known brands that include Robert Mondavi and Ruffino. From 2009 through 2011, the company sold off its value-priced spirits and wine operations, while reinvesting the funds into the premium-priced beer and wine category, an area that continues to win a larger percentage of the industry’s total sales volume. After a doubling of its stock 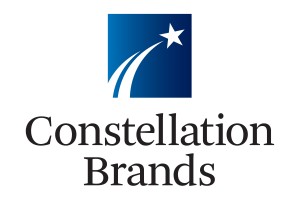 price over the past twelve months, is Constellation still a worthy investment?

In the first nine months of FY 2013, Constellation Brands, Inc. (NYSE:STZ) reported decent financial results, with increases in net sales and adjusted operating income of 3.7% and 1.3%, respectively, versus the prior-year period. Its sales benefited from a small, organic increase in its wine business, as well as the acquisitions of Ruffino in 2011 and Mark West in 2012. In addition, Constellation’s operating margin held its level near a five-year high, as pricing in the premium wine category remained generally strong.

However, most of Constellation Brands, Inc. (NYSE:STZ)’s recent stock appreciation is due to its potential acquisition of the rest of Crown Imports, the domestic distributor of Grupo Modelo’s Mexican beer portfolio. Currently, Crown Imports is a joint venture between Constellation, Grupo Modelo SAB de CV (USA) (PINK:GPMCF), and Anheuser-Busch InBev NV (ADR) (NYSE:BUD). InBev is selling its share of Crown Imports in a bid to win approval for its acquisition of the remainder of Grupo Modelo. With stagnant overall sales volumes in the global beer industry, InBev sees growth opportunities in Mexico, a growing country and the world’s fourth largest beer market.

While the federal government opposes the Crown Imports deal, Constellation should benefit with or without a completed transaction. The company’s stake in Crown Imports continues to appreciate in value as Americans gravitate toward its Mexican beer offerings, including Corona, Modelo Especial, and Pacifico. In FY2013, Crown Imports’ sales have risen 5.9% as each of its brands has generated volume increases, led by Modelo Especial’s 21% gain. Looking forward, Crown Imports believes that it can acquire a 20% share of the U.S. market, a sharp increase from current levels.