Earlier this year, I detailed the importance of the spark spread for utilities and power generators. Not unlike the crack spread for refiners in the Gulf and central United States, the spark spread dictates the profitability of using natural gas turbines to create electricity. The wider, the better. Still, there are major differences between natural gas and electricity prices in key markets, which makes the spread very volatile. 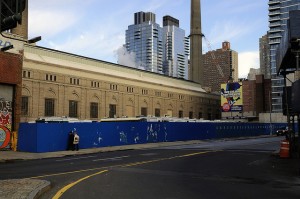 Consolidated Edison, Inc. (NYSE:ED) has exploited that volatility in New York City — its primary market that also hosts the nation’s largest spark spreads year round — to increase its profit margin 22.4% since 2009. Low natural gas prices have been arguably more important than efficiency upgrades, but that advantage may be unraveling.

Natural gas prices have risen 131% since this time last year, as energy companies crimped the flow from shale fields to improve their own margin. That may be good for companies with hydrocarbons in the ground, but it could become a major threat to utilities and manufacturers. Can Consolidated Edison, Inc. (NYSE:ED) stock break into new all-time highs? (It’s already close.) Or is it about to crash and burn?

Take a bite of this
Just how dependent is Consolidated Edison, Inc. (NYSE:ED) on its operations in New York City? The company supplies electricity — mainly from natural gas — to 3.3 million New Yorkers, or about one-third of the city’s inhabitants. It also delivers gas for heating to 1.1 million customers in select parts of the Big Apple. Without the five boroughs, Consolidated Edison, Inc. (NYSE:ED) wouldn’t amount to much:

National Grid plc (ADR) (NYSE:NGG) also has a major presence in the city, although it isn’t nearly as dependent as Consolidated Edison, Inc. (NYSE:ED) and has been able to capture positive trends in other key markets. Nonetheless, the company has also relied on a combination of infrastructure improvements and the nation’s largest spark spread to help boost its operating income by 55% since 2009. Higher natural gas prices would squeeze the spark spread and profits for both companies.

Bye-bye, margins?
Now that we’ve painted a clear picture of just how dependent Consolidated Edison, Inc. (NYSE:ED) is on New York City, we can discuss what it all means. How, exactly, will rising natural gas prices affect shareholders? All investors need to do is look at numbers from 2008.

As you can see, energy costs quickly eat away at margins. To be fair, prices were near all-time highs in 2008, and the company has invested billions improving infrastructure since. Just consider the possibility that ConEd’s earnings efficiency peaked last year. Natural gas futures contracts traded at $4.40 per MMbtu this week and show no signs of slowing as 2013 heads into summer.