After a less-than-favorable earnings release earlier this week, Sears Hometown and Outlet Stores Inc (NASDAQ:SHOS) sank double digits in the market. Investors and analysts were clearly upset at the softer-than-expected January demand and a minor decrease in same-store sales, but in the next couple of days the stock regained much of its loss. The reality is, Sears Hometown is on track to deliver attractive shareholder value over the next several months for a few reasons. Allow me to reiterate, with updates from this recent earnings release, why Sears Hometown should be your top retail stock. 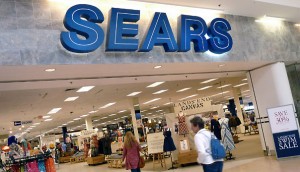 Why the stock plopped, then propped
Since its IPO last fall, Sears Hometown and Outlet Stores Inc (NASDAQ:SHOS) has been on a near vertical climb. This week, however, the stock stumbled in a big way — down 14% on Wednesday. CEO Bruce Johnson attributed the weak same-store sales figures, down 0.5%, to a weak January. The thing is, though, the company has been phasing out its consumer electronics section from stores. In the fourth quarter, it successfully wound down the electronics section of 589 stores. With that category excluded, same-store sales actually grew 1.1%.

In other areas, the company performed nearly as expected. Operating income rose more than 40% to $17.3 million. On the bottom line, EPS grew 23.5% to $0.42 per share. Adjusted EBITDA fell 23% year over year, but the prior year did not have the same costs associated with being a stand-alone company. In the year ago quarter, Sears Hometown was still a part of Sears Holdings Corporation (NASDAQ:SHLD).

As explained in earlier articles, Sears Hometown is boosting margins by converting company-owned stores to franchise models. This was evident in the last quarter with gross margins at 24.8%, up from 23.4% in the year-ago quarter. The boost in operating income was not just a matter of the extra week in the calendar year or any one-time event but due to increased sales and improved margins. These are the organic gains we want to see in a retail operation such as this.

For the full year, net sales rose 4.7% to $2.5 billion. Without the 53rd week, sales would have likely been flat. Gross margins improved substantially, hitting 25% over 22.3% in 2011. This, again, is due largely to lower operating costs from the newly adopted franchise model. Even with net sales essentially flat, operating income for the year grew to $99.5 million, compared to $55.3 million in 2011. Sears Hometown hauled in $121.6 million in operating cash flow to help bump its current cash reserve to just over $20 million, compared to $0.7 million in January of last year.

While not an out-of-the-park earnings release, Sears Hometown and Outlet Stores Inc (NASDAQ:SHOS) seems to be playing out the investing thesis I outlined in prior articles. Here’s a quick review of what that entails.

The Sears elevator pitch
We all know that Sears Holdings is considered a struggling enterprise by many investors and analysts. Sure, sales are sluggish as Eddie Lampert officially takes the reins. While I disagree with those notions, it likely has a negative impact on the name Sears Hometown and Outlets, which is a far more attractive business.

Sears Holdings Corporation (NASDAQ:SHLD) has many advantages that its competitors simply can’t touch. For one thing, it is transferring many company-owned stores to franchises, as I mentioned. This lowers occupancy costs, allows for the stores to have a neighborhood feel, and generates higher cash flows while reducing exposure. I will forever be a fan of the franchise model over any other in retail.

Are These Spinoffs Better Bets Than Their Parents?– ConocoPhillips (COP...