Computer Task Group, Inc. (CTGX): Hedge Funds and Insiders Are Bullish, What Should You Do?

Computer Task Group, Inc. (NASDAQ:CTGX) was in 5 hedge funds’ portfolio at the end of the fourth quarter of 2012. CTGX shareholders have witnessed an increase in enthusiasm from smart money lately. There were 4 hedge funds in our database with CTGX holdings at the end of the previous quarter.

In the financial world, there are a multitude of indicators market participants can use to analyze their holdings. A couple of the most innovative are hedge fund and insider trading activity. At Insider Monkey, our studies have shown that, historically, those who follow the best picks of the elite fund managers can outclass the broader indices by a healthy margin (see just how much).

Just as key, optimistic insider trading sentiment is a second way to parse down the stock market universe. Just as you’d expect, there are many stimuli for a corporate insider to sell shares of his or her company, but just one, very clear reason why they would buy. Several empirical studies have demonstrated the useful potential of this strategy if piggybackers know what to do (learn more here).

What does the smart money think about Computer Task Group, Inc. (NASDAQ:CTGX)?

Heading into 2013, a total of 5 of the hedge funds we track held long positions in this stock, a change of 25% from the third quarter. With the smart money’s capital changing hands, there exists an “upper tier” of noteworthy hedge fund managers who were upping their stakes considerably.

According to our comprehensive database, Royce & Associates, managed by Chuck Royce, holds the biggest position in Computer Task Group, Inc. (NASDAQ:CTGX). Royce & Associates has a $9 million position in the stock, comprising less than 0.1%% of its 13F portfolio. On Royce & Associates’s heels is McKinley Capital Management, managed by Robert B. Gillam, which held a $1.8 million position; the fund has 0.1% of its 13F portfolio invested in the stock. Other peers that hold long positions include Joel Greenblatt’s Gotham Asset Management, John Overdeck and David Siegel’s Two Sigma Advisors and Peter Algert and Kevin Coldiron’s Algert Coldiron Investors. 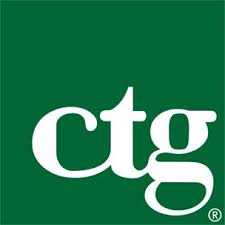 Insider trading activity, especially when it’s bullish, is best served when the company in focus has seen transactions within the past half-year. Over the latest six-month time period, Computer Task Group, Inc. (NASDAQ:CTGX) has seen 1 unique insiders buying, and 1 insider sales (see the details of insider trades here).