The Affordable Care Act is all set to come into force from January 2014. The law ensures that hard working, middle class families get the security they deserve by making health insurance a compulsion while at the same time, protecting Americans from the worst insurance company abuses by restricting them from charging higher premiums.

Foreseeing the immediate rise in demand for hospital services after the Act becomes effective, hospitals are acquiring rivals to enhance their operational capacity. Recently, Community Health Systems (NYSE:CYH) acquired Health Management Associates Inc (NYSE:HMA) as the company prepares for the introduction of Obamacare.

The synergies expected from the acquisition of Health Management Associates Inc (NYSE:HMA)

The recent merger of the two hospitals will result in the largest for-profit hospital system in the United States. Despite the potential synergy that Health Management Associates Inc (NYSE:HMA) can offer, it was acquired at a 7.6% discount.

The acquisition of Health Management Associates Inc (NYSE:HMA) is highly complementary for Community Health Systems (NYSE:CYH) as it expands the hospital’s geographic reach and provides the hospital an opportunity to reap the benefits from the upcoming healthcare reforms. Once the deal receives the regulatory approval, Community Health Systems (NYSE:CYH) will operate nearly 206 hospitals across 29 states, with a total bed count of 30,896 and 1,000 clinics.

It is expected that around 14 million new patients will be insured in 2014. This will provide the combined company an opportunity to cater to this rising demand as both the hospitals are currently operating below their full operational capacity. Community Health Systems (NYSE:CYH) had an occupancy rate of 36.9% while Health Management Associates Inc (NYSE:HMA) reported an occupancy rate of 48.6% for the fiscal year 2012. This will bring in higher revenue for the hospitals.

However, in the face of rising demand, the major concern that comes to mind is the limited number of physicians available. The rising demand could strengthen the bargaining power of physicians, leading to higher operating costs for hospitals. This could potentially squeeze their profit margins. This explains the reason behind the discounted price paid for this merger.

Also, the increased scale of operations could result in lower costs of operations and administration. Community Health Systems (NYSE:CYH) Health anticipates the merger to have a neutral impact on its earnings per share in 2013, while being significantly accretive to earnings 2014 onward.

The hospital entered into a loan commitment of $6.8 billion in order to fund its purchase of Health Management Associates Inc (NYSE:HMA). 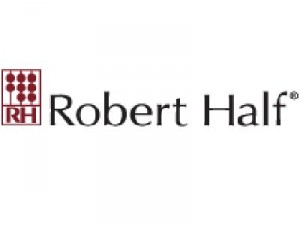