Only the cable and broadcasting businesses are profitable

In the period of 2010-2012, the operating loss of the newspaper publishing business ballooned from $(11) million to $(53) million. Although the company has implemented many cost-reduction initiatives in the past several years for this business, it could not offset declining circulation and declining advertising revenue.

The company has only two segments, cable TV and TV broadcasting, that have generated growing profits. In 2012, while cable TV produced $154.6 million in operating income, TV broadcasting generated as much as $191.6 million in profits. When The Washington Post Company (NYSE:WPO) sells its newspaper publishing business, its operating performance will improve because its operations will not reflect the losses of the publishing business.

The Kaplan, Inc. education business still worries investors. In the past three years, Kaplan’s revenue has dropped by more than $600 million due to high dropout rates, high student loan defaults, and tighter U.S. regulatory scrutiny of for-profit colleges since the beginning of 2010. In 2012, Kaplan lost more than $105 million because of goodwill impairment of as much as $111.6 million related to the Kaplan Test Preparation business. Kaplan’s largest operation, the Kaplan higher education business, took the largest hit. Higher education assets in the U.S. have become relatively inexpensive, but I personally do not think The Washington Post Company (NYSE:WPO) should pursue expansion or domestic acquisitions, mainly because of the uncertain regulatory environment.

However, the hidden gem in the Kaplan business is Kaplan International, with revenue that has consistently increased from $588.8 million in 2010 to more than $764 million in 2012. Going forward, Kaplan should focus on expanding the Kaplan International business, which offers accounting, English courses, and higher education in China, the U.K., and Singapore. This business seems to have a bright future.

What are the cable and broadcasting businesses’ values?

Let’s have a look at the two profitable segments, the cable TV and the TV broadcasting businesses. Cable TV generated around $154.58 million in operating profits and around $495 million in EBITDA . The Washington Post Company (NYSE:WPO) operates the cable TV business via its subsidiary Cable One, which has 593,600 video subscribers, 459,200 subscriptions to high-speed data service and 184,500 subscriptions to VoIP service as of Dec. 2012.

The leader in the U.S. cable industry is the Comcast Corporation (NASDAQ:CMCSA), which has more than 22 million subscribers and is worth nearly $120 billion on the market. The market values Comcast at around 7.9 times its trailing EBITDA. If we apply the market valuation of Comcast Corporation (NASDAQ:CMCSA) to The Washington Post Company (NYSE:WPO)’s cable TV business, the cable TV business should be worth more than $3.9 billion.

At an EBITDA multiple of 7.9, Comcast Corporation (NASDAQ:CMCSA) seems cheap as well. Comcast has just made a strategic move to acquire NBCUniversal in order to have better programming, which could eventually lead to higher ratings and higher CPMs. Investors might like the fact that Comcast has a good history of returning cash to shareholders via both dividends and share repurchases. Its dividend increased from $0.27 per share in 2009 to $0.65 per share in 2012. The company expects to grow its dividend at an annual rate of 20% and execute a $2 billion share buyback for the full year of 2013. At the current trading price, Comcast Corporation (NASDAQ:CMCSA) yields 1.70%, with a payout ratio of only 21%. 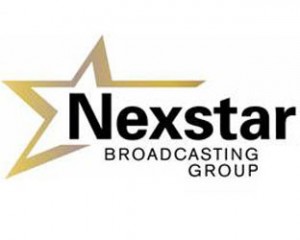 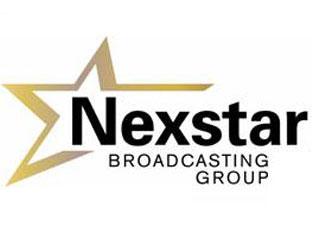