A maturing US cable market and a shift in consumer preferences have forced cable companies to re-strategize their business models. In order to tackle these issues, most cable companies are developing new and upgraded product offerings. In this article, I have picked three such companies which have recently declared their quarterly results. Let’s see what opportunities these companies provide after these results. 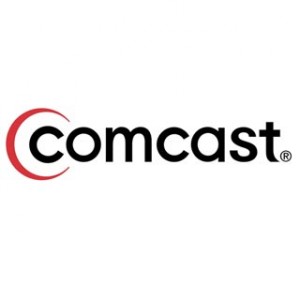 Comcast Corporation (NASDAQ:CMCSA) recently reported its first-quarter results in which it earned $1.4 billion, up from $1.2 billion in the same quarter a year ago. Its revenue also rose, climbing to $15.3 billion, up 2.9% year-over-year. Revenue results were mainly driven by cable TV due to an increase in subscription rates and because of up-gradation to high-definition packages and digital video by the customers. However, Comcast Corporation (NASDAQ:CMCSA) missed the opportunity to broadcast the Super Bowl this year, which the company had shown last year. It is estimated that the Super Bowl would have provided revenue growth of 4.7% to Comcast.

Its Universal theme-park division showed a 12.2% increase in revenue in the first quarter. Comcast Corporation (NASDAQ:CMCSA) acquired a 100% stake in Universal theme parks in February, a business which started in 2011. It reported first-quarter earnings of $462 million, up from $412 million for the same quarter last year.

Comcast Corporation (NASDAQ:CMCSA) is betting higher on this division as it is the most profitable of all. Revenue will rise further as Comcast has planned to open the new “Transformers: The Ride—3D” on June 20 and also “Wizarding World of Harry Potter” by the end of this year or next year. With strong recognition of these franchises, these rides are expected to bring more visitors to the park.

In the video-products segment, Comcast Corporation (NASDAQ:CMCSA) is gaining market share with its new X1 box. The offering works on the cloud and in big-data technology and allows customers to interact with their TV sets. The X1 box at present is available in about one-third of the company’s market but will grow to half of it by the end of the second quarter and will become nationwide by the end of this year.

The X1 set-top box has three tuners which allow the watching of one program and the simultaneous recording of two others at one time on its 500-gigabyte hard drive. Currently, it is available to the new customers who opt for triple play and the existing users who want to upgrade to this service. Moreover, the company plans to upgrade all of its 22 million set-top-box users in the long term.

DIRECTV (NASDAQ:DTV) faces the problem of a maturing US pay-TV market, where it is among the leading service providers with market share of 20.1%.The pay-TV industry is estimated to experience a decline of approximately 6 million users by 2017 as a result of market saturation, lower-income individuals, and due to changes in preferences of the young generation. However, it is also expected that DIRECTV (NASDAQ:DTV) will continue to gain US pay-TV market share through 2017 mainly by churn out from the other players.

In recent days, the company posted first-quarter earnings in which it reported net income of $690 million and revenue of approximately $7.6 billion, up 8 % year-over-year. An increase in subscribers in Latin America and increased revenue from the US boosted the quarterly results.

DIRECTV (NASDAQ:DTV) is focusing more on the Latin American market where there is low pay-TV penetration. In the recent quarter, DirecTV Latin America added 583,000 subscribers, bringing the total number of subscribers to 10.9 million. The region provides higher margins in comparison to the US and is expected to offer solid growth prospects. It also added 21,000 U.S. subscribers, which brought the total to 21.1 million. It is expected that DIRECTV (NASDAQ:DTV) will add more than 7 million subscribers by 2017.