Debt can be either toxic or helpful. There is nothing wrong with using leverage to improve returns, so long as this leverage is sustainable. Foolish investors should avoid investing in companies with lots of debt, as they can be very dangerous. However, if a company’s debt is sustainable, and it has only borrowed heavily to increase returns, then investors can rest easy.

So here I am going to dissect the debt piles of three companies to see how sustainable they are and whether investors should be concerned.

This company will have to cut payouts to its investors
Colgate-Palmolive Company (NYSE:CL) is always thought of as relatively defensive. However, in my opinion the company’s debt pile raises some flags.

For a start, the company’s debt has expanded 16% since the second quarter of last year. Secondly, the company has $1.7 billion of debt maturing before 2016, which the company cannot currently cover with only $1 billion in cash on the balance sheet. Moreover, it does not look as if this cash balance will grow any more: While Colgate-Palmolive Company (NYSE:CL) generated $1.4 billion per quarter in free cash flow for the last four quarter, it spent $3 billion per quarter on dividends and stock buybacks.

Still, $2 billion of debt is locked in at a rate of less than 2.5% maturing between 2020 and 2023 ,and the company can easily cover its current interest expense. That said, with so much debt issued on short durations, the company is highly exposed to interest rates, which could start to rise before maturity, indicating that Colgate-Palmolive Company (NYSE:CL) will have to roll the debt at higher interest rates.

All in all, Colgate-Palmolive Company (NYSE:CL)’s debt is easily manageable but growing rapidly. Investors might have to get used to lower returns in the medium term as the company is forced to borrow less and save more.

A tech company with trouble brewing
It would appear that trouble is brewing debt-wise at Windstream Corporation (NASDAQ:WIN), whose debt is currently almost manageable, standing at four times EBITDA with interest costs covered 3.6 times during the second quarter.

That said, the company has $2.2 billion in debt maturing in 2017 with a current coupon of 7.9% — this means the company is highly exposed to changes in the base rate over the short term. In addition, debt has expanded 73% since 2009, and operating cash flow is highly unpredictable, swinging between $300 million and $530 million over the last four quarters alone — the company had a negative free cash flow for the last three quarters out of four.

Moreover, cash and equivalents were only $50 million at the end of Q1, but the company has $800 million in debt maturing within the next 12 months — not a good situation.

Overall, Windstream Corporation (NASDAQ:WIN) is able to cover its debt currently, but the company is heading toward trouble as cash flow remains erratic, debt rises, and interest rates are set to increase. 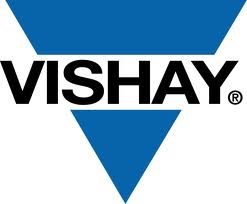