Based on the limited positive reaction of natural gas and coal stocks, the market continues to ignore the very bullish natural gas weekly inventory reports. In fact, the reports are now mostly glazed over in the financial media.

For those that missed the report last week, the weekly inventories for the first full week of April dropped 14 Bcf. While less than the 21 Bcf expected drop, the small decline is actually significant as the inventory level over the last 5 years has typically made gains. Normally this time of the year the inventories flat line and even gain during the transition season from the heavy usage in the winter to the heavy drilling in the summer.

As mentioned in the previous article on coal stocks, the amount of rigs drilling for natural gas is at historically low levels right at the time the numbers should be ramping up. Even worse, the desire to drill for natural gas is also compromised, as oil is more profitable at the current levels. This combination will ultimately lead to an increase in demand for oil services and hence the stocks that have lagged for a while.

The weekly natural gas inventories dropped 14 Bcf compared to the normal seasonal gain causing the 5-year average to quickly move further into a deficit. The turning point around March of each year can have a very wide range. The range has been nearly double from top to bottom with last year having 2,477 Bcf in storage and the low point in the previous years at nearly 1,200 Bcf. The scary part is that the inventory levels were at the highest levels in that span back around the peak in October 2012 and within one winter season the inventory levels are now below average and plunging.

As the chart below shows, the current level of 1,673 Bcf is now 3.8% below the average though only three weeks ago the current inventory levels were 9.5% above the average. Under the radar oil service stocks

Investors can use this data to go several directions from investing in oil service providers to drillers to exploration to coal minors. As mentioned in the last article, the coal stocks have been the most devastated group, but the oil service firms haven’t benefited as much from the growth in shale advances as most would think. In general, investors can probably invest in the group and make comparable returns from the group. The most intriguing under the radar stocks are the following:

Bonus Biotech Stock Pick: You can also find a detailed bonus biotech stock pick that we expect to return more than 50% within 12 months.
We may use your email to send marketing emails about our services. Click here to read our privacy policy.
Related Insider Monkey Articles
Occidental Petroleum Corporation (OXY), Plains Exploration & Production... 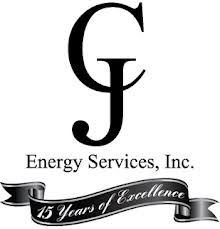