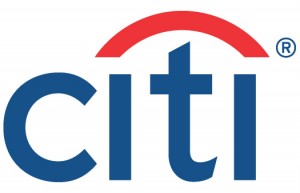 I’ve written before about Citigroup Inc. (NYSE:C)‘s Michael Corbat and the way he continues to impress me since he took the reins as CEO last October, after Vikram Pandit was unceremoniously ejected from the position.

Yesterday, at the bank’s annual shareholder meeting in New York City, Corbat made a statement that demonstrated to me yet again why he’s the man to take Citigroup Inc. (NYSE:C) to the next level and why investors should get on this train before it gets too far out of the station.

But although Citi Holdings is off in a corner, trying to go unnoticed, it’s not off balance sheet. As such, investors have long complained that it’s not being wound down quickly enough and is a drag on Citigroup Inc. (NYSE:C)’s overall performance.

Good solution
So at yesterday’s shareholder meeting, his first since becoming CEO, Corbat had this to say regarding investor hopes for a quick wind-down of Citi Holdings: “It makes no sense… to destroy our capital simply for the sake of speed.”

Just last week I wrote an article in praise of Citigroup Inc. (NYSE:C)’s slow winding down of Citi Holdings, and compared it to JPMorgan Chase & Co. (NYSE:JPM)‘s London Whale situation. CEO Jamie Dimon could probably have wound down the London Whale’s outrageously large derivatives position sooner than he did, but rushing the job might have ended up costing the bank more than the $6 billion it already has.

Corbat’s commitment to wind Citi Holdings down at a pace consistent with minimizing loss, even in the face of investor pressure, is impressive and tells me he has the best interests of the business at heart. Well done, Mr. Corbat. Keep building a good bank, and the investor dollars will follow.

The article 1 More Reason to Buy Stock in Citigroup originally appeared on Fool.com and is written by John Grgurich.