Yesterday’s AP-inspired 150-point free fall and subsequent recovery got a lot of attention from the investment world. Many people focused on the vulnerability of social media sources like Twitter in disseminating news, while others looked back to the much larger plunge and recovery that investors experienced almost three years ago in the fabled 1,000-point Flash Crash. For the most part, investors have already started to shrug off the episode, given that it only lasted for a few minutes and that stocks regained all of their losses. 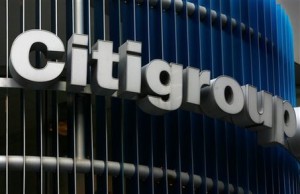 But even though it was short-lived, yesterday’s mini-Flash Crash exposed a couple of mistakes that just about every investor made yesterday. One of those mistakes caused immediate losses for investors. For the other mistake, investors won’t know the full extent of the damage it causes for a long time to come. Let’s take a closer look at these two mistakes.

As a long-term move, stop-loss orders can save you from huge losses if a stock continues to decline. For instance, during the 2008 market meltdown, many investors who set fairly tight stop-loss orders based on the stock market’s 2007 record-high levels ended up selling their stocks well above their eventual lows in late 2008 and early 2009.

But yesterday’s episode shows the danger of stop-loss orders. Many traders had stop-losses that triggered during the market’s plunge, selling them out near the lows of the day. Just minutes later, the stocks returned to their previous levels, forcing traders who’d just gotten their positions stopped out to replace them at higher prices.

During the Flash Crash three years ago, many trades triggered by stop-loss orders ended up getting reversed. But because yesterday’s incident was much less severe, investors shouldn’t expect the SEC to step in to reverse trades during the short period of market disruption.

2. Not being ready to buy.
Even if you didn’t have any stop-loss orders that got triggered yesterday, you may still have made a mistake. If prices on stocks you were interested in dropped far enough that you would’ve wanted to buy them, then not having a plan in place to purchase them on the dip could well cost you.

Admittedly, the declines in yesterday’s quick plunge weren’t nearly as severe as what investors saw three years ago. United Technologies Corporation (NYSE:UTX), which had reported disappointing earnings earlier, fell to near its lows of the day on the plunge but gained more than 2% from those levels in the ensuing rebound. Priceline.com Inc (NASDAQ:PCLN) suffered a quick $5 dip and subsequent rise in its stock price, but normal market action pushed the stock back downward over the next couple of hours.

But some stocks stayed in tight trading ranges except for those few minutes. Citigroup Inc. (NYSE:C) saw shares fluctuate more than 1% but barely budged the rest of the day. Similarly, Intel Corporation (NASDAQ:INTC) took the roller-coaster ride in stride and finished near the levels where it traded before the incident. Neither stock had much company-specific news moving its shares, so the AP-induced plunge was one of the big events of the day.