Earnings season has begun, and next Monday, Citigroup Inc (NYSE:C) will release its latest quarterly results. The key to making smart investment decisions on stocks reporting earnings is to anticipate how they’ll do before they announce results, leaving you fully prepared to respond quickly to whatever inevitable surprises arise. 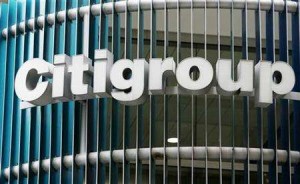 Can Citigroup get back on the right foot this quarter?
Analysts haven’t been too excited recently about Citigroup Inc (NYSE:C)’s earnings prospects, as they cut their earnings-per-share consensus for the just-ended quarter by $0.07. They don’t see the bank making up the difference during the rest of 2013, having cut their full-year views by $0.06 per share. Yet all of that negativity hasn’t hit the stock at all, which has jumped more than 7% since early January.

Citigroup Inc (NYSE:C) has had a lot of good news lately. Most notably, Citi passed the Fed’s latest round of stress tests with an extremely strong capital position, readying it to survive the Fed’s stress scenario without further need to raise additional funds. With its minimum capital ratio of 8.3% under the stress tests, Citigroup bested JPMorgan Chase & Co. (NYSE:JPM) by two full percentage points and topped rivals Bank of America Corp (NYSE:BAC) and Wells Fargo & Co (NYSE:WFC) by more than a percentage point as well.

Moreover, Citi also benefited from the dismissal of antitrust and other claims related to last year’s LIBOR scandal. Citi, B of A, and JPMorgan Chase & Co. (NYSE:JPM) were among those requesting the dismissal last year, and a court found that LIBOR wasn’t intended to be a competitive market and, therefore, that anti-competition laws didn’t apply.

Yet Citigroup disappointed investors somewhat by choosing not to ask the Fed for permission to raise its dividend from its token $0.01 quarterly payout. Given its improved condition, Citi most likely could have gotten permission for a larger dividend. Yet with new CEO Michael Corbat seeking to cement his reputation as a traditional banker, the decision is consistent with projecting an image of safety and security.

One reason for the conservative stance may be that Citigroup still faces some potential problems. A couple weeks ago, the company had a federal judge question Citigroup’s proposed settlement of claims related to investor allegations that the bank should have written down subprime mortgage-backed assets earlier than it did. A reversal of the settlement could lead to Citi’s having to make a larger payout down the road. Moreover, further lingering liability from still-outstanding LIBOR claims and other lawsuits could cost the bank more in the future.

In Citi’s quarterly report, watch for CEO Corbat to plot its longer-term course toward returning more capital to shareholders. At some point, even a conservative leader should conclude that the bank is healthy enough to give investors their due.