A lot of my other favorites have made a move, but Cisco Systems, Inc. (NASDAQ:CSCO) has been annoyingly immobile forever now. It stays between $20-$22. It is just giving people numerous opportunities to enter. A lot of stocks I have looked at do nothing, but when they finally move they move fast. It might finally be on the move now, but there have been fake outs before. Cisco has not moved yet, but holding it is not a total loss, either. 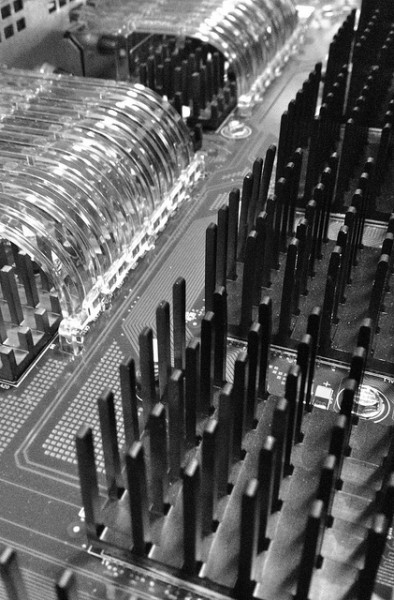 The present state of affairs is amenable to the patient soul

The heading is purposefully absurd. I have only looked at recent snapshots of Cisco, but the $20 problem is almost a decade old. It is understandable though, because the company is not a growth stock. It should not try to become a growth stock. Some parts of the market would like to see someone new at the top, but I would rather not take sides. I see upsides and downsides to a management change, and I do not think an effort to shake things up will yield much fruit.

The majority of Juniper’s revenue comes from core routers, and now there is a new entrant into the market that could eat away at market share somewhat. Alcatel Lucent SA (ADR) (NYSE:ALU) with its new extensible routing system, aka core router, has the potential to do a lot of damage to Juniper Networks, Inc. (NYSE:JNPR). Not to say that the damage will save Alcatel-Lucent. It could be a case of Alcatel hurting Juniper, but not doing well enough to save itself.

Cisco has a more diverse source of revenue. Alcatel has a more diverse source of revenue, but it does not have profits so diversity doesn’t matter as much. Cisco is focused on natural extensions to its core business. It is more of an enterprise provider when it comes to routers. It sells to enterprises, which makes it less reliant on core routers. It is very dominant in edge routing, and has other businesses as well.

It may not be obvious right now what Cisco will do, and it might come out of the blue. I do expect Cisco to do something eventually. The company is clearly not in a rush. It is busy creating the LTE small cells. Cisco already has 3G and Wi-Fi small cells, but LTE has not been released yet. At least as far as I can tell. I see a small cell gateway, but no actual cells. If it exists, then it is just an early demo and not a product going to market. I still have not seen much information regarding it, other than the promise of development from last year. Alcatel-Lucent already has a great product to market in lightRadio, but the market is still waiting on it to get deeper into the market and provide serious revenue. Earnings calls discuss lightRadio only briefly so it must not be an important part of business yet. Alcatel Lucent SA (ADR) (NYSE:ALU) is still years ahead of Cisco development-wise.

A Beaten Down Stock That You Should Not Miss: Finisar Corporation (FNSR), Cisco...