It´s no secret at all that connectivity needs will continue growing at an amazing speed over the next years, and Cisco Systems, Inc. (NASDAQ:CSCO) is in a privileged position to benefit from that trend thanks to its undisputed leadership in data networking equipment and related services. Besides, the company is trading at an attractive valuation, supported by strong financial performance and a juicy dividend yield. 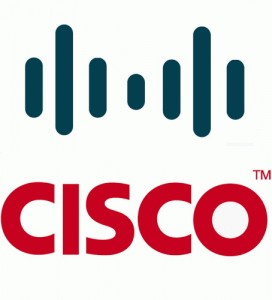 When it comes to scale, brand reputation and the quality of its products, Cisco Systems, Inc. (NASDAQ:CSCO) is widely recognized as the industry leader in its two biggest product lines: routers and switches. The company is indisputable in the high-end segment of the market, but competition from low-cost providers has been making a dent in the low end of the pricing spectrum.

Juniper Networks, Inc. (NYSE:JNPR) has positioned itself as the second player in terms of quality with competitively low prices, while Chinese manufacturer Huawei has gained a lot of share in emerging markets over the last years thanks to its aggressively low costs.

Competition in the lower end of the pricing spectrum is always a risk to monitor, but Juniper Networks, Inc. (NYSE:JNPR) seems to be more affected by Huawei than Cisco Systems, Inc. (NASDAQ:CSCO) itself. While Cisco Systems, Inc. (NASDAQ:CSCO) has reported better than expected earnings in the last 9 consecutive quarters – an impressive achievement – Juniper delivered uninspiring growth figures for the last quarter, and revenue guidance for the second quarter has been a disappointment for investors since the company expects an increase of only 1% in sales for the next quarter.

Under the leadership of John Chambers, who has been with the company since 1991 and became CEO in 1995, Cisco Systems, Inc. (NASDAQ:CSCO) has been evolving and expanding into promising business areas like security, data centers, video, collaboration and wireless via a series of acquisitions and internal developments. These segments provide not only attractive growth prospects, by also superior profitability as they are high value added businesses in which Cisco can leverage its technological strengths to keep competitors at bay.

Online traffic is growing at an amazing speed as more people all over the world are gaining access to high-quality internet connection, especially in emerging countries. According to Internet World Stats, internet penetration was around 78.6% in North America by June 2012, but on a global scale the figure is only 34.3% since regions like Latin America, Asia and Africa are still way behind.

Besides, the mobile computing boom brings connectivity demands to a whole new level on a global scale as users become engaged via multiple devices, practically anywhere and at anytime. Like if that weren’t enough, voice, video and data are increasingly demanding when it comes to traffic needs.

Cisco estimates that internet traffic will approach 1 zettabyte per year in 2015, that’s equivalent to all of the digital data in existence in 2010. In regional terms, traffic is expected to more than double in the Middle East and Africa, where there will be an average of 0.9 devices per person for a projected population of 1.39 billion. Latin America is close behind, with a 48% increase in traffic and an estimated 2.1 devices per person among a population of 620 million.

The rest of the world will experience more moderate growth in terms of traffic, but the number of devices per person is forecast to increase significantly. By 2015, there will be an average of 5.8 devices per person in North America, 5.4 in Japan and 4.4 in Western Europe. 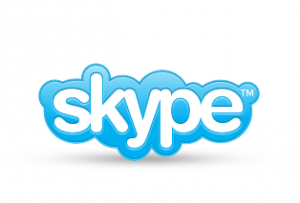