Cisco Systems, Inc. (NASDAQ:CSCO) has delivered another profitable quarter, managing to beat both earnings and revenue estimates for the fourth quarter and full fiscal year 2015, which sent the stock 5% higher on Thursday. For the quarter ended on July 25, Cisco reported adjusted earnings of $3 billion, or $0.59 per share, up from $2.8 billion, or $0.55 per share, in the year-ago quarter. Revenues were reported to be $12.8 billion, up from $12.4 billion in the same quarter last year. Analysts were expecting the firm to report EPS of $0.56 on revenues of $12.65 billion. Cisco’s full-year revenue grew by 4% on the year to $49.2 billion, while earnings amounted to $11.4 billion, up by  an annual 4.5%.

Moreover, Cisco provided its forecast for the first quarter of fiscal 2016, which includes revenue growth between 2% and 4% on the year, while EPS is expected by the company to range between $0.55 and $0.57. The company’s new CEO, Chuck Robbins, who took the position three weeks ago, said that he expects areas like security to post double-digit growth eventually, despite receiving criticism about heavy spending resulting in only single-digit growth, during the earnings call. This is as the firm transitions to selling more software-based products, which now account for 47% of their security portfolio, than purely hardware products, he says. 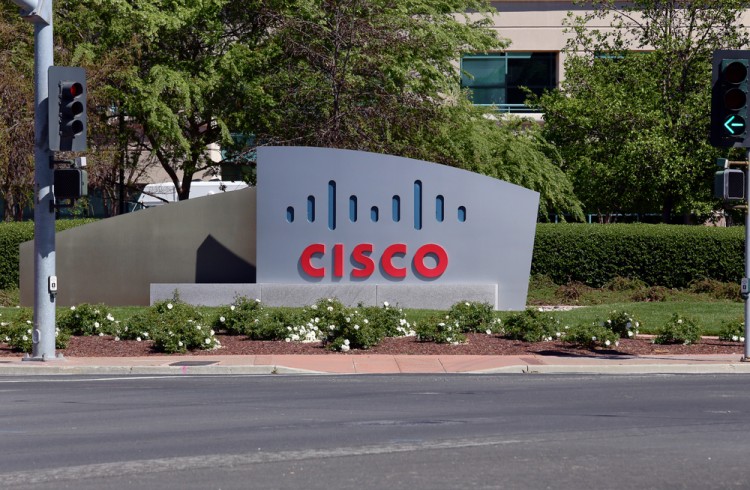 As it turns out, more hedge funds invested in Cisco Systems, Inc. (NASDAQ:CSCO) in the first quarter, possibly foreseeing the better-than-expected results for the company’s just-ended quarter. At Insider Monkey, we track hedge funds’ moves in order to identify actionable patterns and profit from them. Our research has shown that hedge funds’ large-cap stock picks historically delivered a monthly alpha of six basis points, though these stocks underperformed the S&P 500 Total Return Index by an average of seven basis points per month between 1999 and 2012. On the other hand, the 15 most popular small-cap stocks among hedge funds outperformed the S&P 500 Index by an average of 95 basis points per month (read more details here). Since the official launch of our small-cap strategy in August 2012, it has performed just as predicted, returning over 123.1% and beating the market by more than 66.5 percentage points. We believe the data is clear: investors will be better off by focusing on small-cap stocks utilizing hedge fund expertise rather than large-cap stocks.

Tracking insider activity in stocks like Cisco is another area Insider Monkey focuses on. This answers whether insiders are using their own money to bet on their company’s shares. However, Cisco insiders have not made any purchases of shares yet this year. There have been insider sales nonetheless; the latest was by Chief Development Officer Pankaj Patel selling 15,865 shares on June 19. He also sold 20,000 shares on June 18. Taking these into consideration, we’re going to appraise the new hedge fund activity surrounding Cisco Systems, Inc.