Like many established technology companies, Cisco Systems, Inc. (NASDAQ:CSCO) has developed a reputation as a stable but stodgy firm that issues regular dividend payouts and rarely makes exciting or noteworthy announcements. However, the company’s most recent earnings report provided a momentary break from its ho-hum stream of news releases and corporate announcements. The report exceeded market-watchers’ expectations by a substantial degree and indicated that Cisco still has some life left in its shares. Unsurprisingly, the company’s stock jumped during the trading session that followed the release. 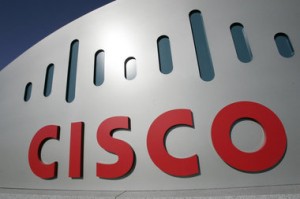 It is important not to read too much into a single earnings report. Cisco Systems, Inc. (NASDAQ:CSCO) did not announce a game-changing new product or point to new areas of investment that could take its growth to the next level. However, the earnings report accompanied renewed talk about a share-repurchase program and other potential capital-return measures. Moreover, it sparked a flurry of speculation that Cisco’s stock could be worth substantially more than the current consensus. At the very least, a closer look at Cisco and its main competitors is warranted.

Cisco Systems, Inc. (NASDAQ:CSCO)’s most recent earnings report is impressive on several levels. Its sales for the first nine months of fiscal 2013 increased by nearly $2 billion to over $36 billion, and its GAAP earnings per share figure increased from $1.13 to $1.44. Meanwhile, the company’s cash reserves increased, and its cash flow did not dip as much as feared. Overall, Cisco beat the market’s expectations on virtually every important metric.

It should be noted that Cisco Systems, Inc. (NASDAQ:CSCO) is not the only old-line tech giant that has issued an excellent quarterly earnings report this year. In late May, struggling Hewlett-Packard Company (NYSE:HPQ) reported surprisingly robust revenue and earnings figures that exceeded analysts’ expectations by an embarrassing margin. The stock jumped by more than 10% in response to the news.

How is HP and Juniper compared to Cisco?

As a provider of a broad range of server hardware, networking devices, wireless products and value-added services, Cisco competes with some of the biggest names in the technology business. Although it does not produce PCs, laptops or tablets, it does compete directly with Hewlett-Packard Company (NYSE:HPQ) in a number of key operational areas. It also competes with the smaller, more narrowly focused Juniper Networks, Inc. (NYSE:JNPR).

Cisco Systems, Inc. (NASDAQ:CSCO)’s market capitalization is massive. At over $120 billion, it exceeds that of Hewlett-Packard by a factor of three and dwarfs Juniper’s valuation by a factor of 15. In 2012, Cisco earned $9.6 billion on revenue of nearly $48 billion. By comparison, Hewlett-Packard Company (NYSE:HPQ) had some hard times but recently reported a larger than expected quarterly operating income on revenue that declined by 10% to $26.7 billion. Its stock price is up 41% so far in 2013. For its part, Juniper Networks, Inc. (NYSE:JNPR) earned $261 million on $4.4 billion in gross revenue.

Cisco Systems, Inc. (NASDAQ:CSCO)’s balance sheet is characterized by a modest debt load of just over $16 billion and an impressive cash hoard of over $47 billion. Hewlett-Packard Company (NYSE:HPQ) suffers from a debt burden of over $28 billion and maintains a cash reserve of around $12.6 billion. Juniper has $1 billion in debt and about $2.6 billion in cash.