According to the Chinese ministry of industry and information technology, China has the world’s largest mobile market in terms of subscribers. The market will continue to expand since mobile phone users in China are expected to increase from 1.11 billion in 2012 to 1.33 billion in 2015. China Unicom (Hong Kong) Limited (ADR) (NYSE:CHU), China Telecom Corporation Limited (ADR) (NYSE:CHA), and China Mobile Ltd. (ADR) (NYSE:CHL) are the country’s top three telecom operators with market share of 20%, 14%, and 66%, respectively. Let’s see how these companies safeguard their market position in the competitive era.

On April 1, the Chinese Government formed a policy making it mandatory for all houses to have Fiber-To-The-Home, or FTTH, access. China Unicom (Hong Kong) Limited (ADR) (NYSE:CHU) had 60 million subscribers in March, and after the issuance of policy, in June it had 62.57 million subscribers. The subscriber base will rise, thus it is working to improve its broadband speed through its existing fiber optic network, FTTH project. This will help the company to offer multimedia services like Video on Demand, Internet Protocol television, or IPTV etc. These services have a huge demand potential that will drive revenue for China Unicom’s broadband division to $769 million in this year from $696 million in 2012 and $842 million next year. 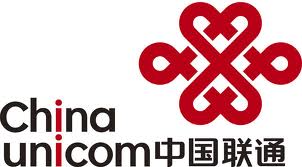 Increase in the use of smartphones has led to increase in use of internet data. Therefore, subscribers prefer high speed internet service like 3G over 2G. With the growing adoption and demand for 3G services, China Unicom (Hong Kong) Limited (ADR) (NYSE:CHU) upgraded its 3G service with a high speed HSPA+ network. This will help the company attract more subscribers and increase its subscriber’s base. Adding more subscribers to its 3G service will vastly increase data usage enabling China Unicom to generate monthly mobile average revenue per user, or ARPU, of $7.21 in this year up from $6.97 in 2012 and $7.44 in 2014, which will also contribute to the total revenue of the company.

There’s a huge demand for cheaper smartphones as compared to high-end smartphones like the iPhone in the Chinese market. Thus, China Telecom Corporation Limited (ADR) (NYSE:CHA) has come up with a strategy to sell the cheaper 3G smartphones of Huawei, ZTE, and Lenovo that support its 3G network.

Nokia Corporation (ADR) (NYSE:NOK) is trying to expand its Lumia series smartphone at a lower price range; hence it launched Lumia 800C with China Telecom Corporation Limited (ADR) (NYSE:CHA) at around $200 cheaper than the iPhone. This will help China Telecom enhance its 3G service and smartphones and increase monthly mobile ARPU from $7.64 in 2012 to $8.25 this year and $8.83 in 2014.

China Telecom Corporation Limited (ADR) (NYSE:CHA) is also engaged in improving its broadband service due to strong backing from the Chinese Government to have FTTH access in all houses. It is aggressively investing in the expansion of its high speed FTTH network. As of June, the company had 95 million broadband subscribers, up from 93 million in March, after the issuance of the policy in April. Through the FTTH network, it will offer complimentary services like video on demand and IPTV to its broadband subscribers and attract more subscribers to enhance its subscriber base. This will boost its broadband division revenue from $10.75 billion in 2012 to $11.37 billion this year and $11.88 billion next year. This indicates a positive sign of the company’s ability to increase the payout to its shareholders.

Xilinx, Inc. (XLNX): A Few Solid Reasons Why This Stock Should Be in Your Portfolio...

Why a Partnership Would Be a Huge Catalyst for Apple Inc. (AAPL) and China...