In the past couple of weeks, the price of oil has slowly recovered from a downward trend that occurred during April. Will the price break the $100 threshold in the near future? How will the recent developments in the oil market affect leading oil producers? Let’s examine the recent changes in the oil market and try to determine what’s up ahead for oil.

This ETF’s net assets total roughly $821 million as of May 7. According to the ETF’s prospectus (opens pdf), the USO’s net assets consist mainly of:  “..investments in future contracts of sweet crude oil, other types of crude oil, diesel-heating oil, gasoline, natural gas, and other petroleum-based fuels that are traded on the NYMEX, ICE Futures Exchange or other U.S. and foreign exchanges.”

More specifically, as of May 7, the ETF mostly holds June contracts of WTI crude oil on the NYMEX and ICE markets. Therefore, this is a good way of tracking the movement in crude oil’s price.

The recent recovery in the price of oil may have helped strengthen leading oil stocks such as Chevron Corporation (NYSE:CVX); shares of the company rallied during May by nearly 1%. Let’s turn to examine the latest changes in the oil market. 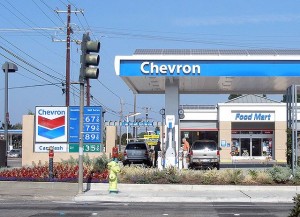 From the supply side, OPEC left its production pace nearly unchanged at around 30.1 million bbl/d. Moreover, the IEA projects that the oil production of non-OPEC countries will increase by 1.1 million bbl/d (y-o-y) in 2013. This means the global oil supply is expected to rise, which should ease oil prices.

Refinery inputs rose 1.7% during the month. The rise in production and refinery inputs could help pressure oil prices lower in the coming weeks.

In addition to Chevron Corporation (NYSE:CVX), the recent rise in oil prices may have pulled up shares of other leading oil companies, including Royal Dutch Shell plc (ADR) (NYSE:RDS.A). More specially, during the past month, shares of Chevron Corporation (NYSE:CVX) rallied by 4.9%. In comparison, during the same time frame, the S&P 500 index rose by 4.1%.