After discovering the Utica Shale in 2010, Chesapeake Energy Corporation (NYSE:CHK) was initially highly optimistic about the play’s hydrocarbon potential. Though it has since dialed back its expectations, its most recent well results in the play are highly encouraging.

Chesapeake remains the largest leasehold owner in the play, commanding roughly 1 million net acres. It is also by far the most active driller, having drilled more than 240 wells to date – representing about three-quarters of all wells drilled in the entire play.

However, due to infrastructure constraints, the company is selling production from just 54 of those wells and is therefore only producing 75 million cubic feet of gas equivalent per day net to the company. 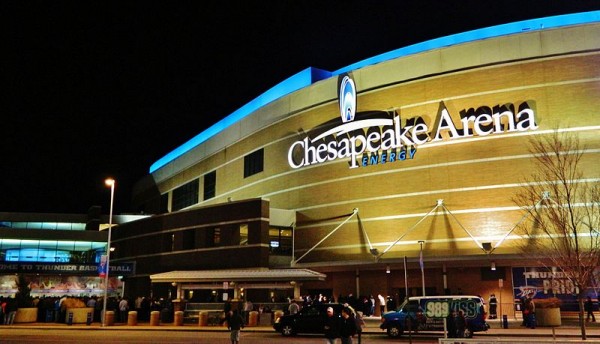 Chesapeake Energy Corporation (NYSE:CHK) expects infrastructure constraints to ease substantially, which it reckons should allow for a substantial ramp-up in production.

Infrastructure additions bode well for Utica production
A few of the coming improvements in gas processing infrastructure will include Dominion Resources, Inc. (NYSE:D)‘s natrium processing plant in Marshall County, W.V. – expected to go on line shortly – and three processing trains at Momentum’s Kensington plant in Columbiana County, Ohio, two of which are expected to be operational before the end of the year.

Chesapeake Energy Corporation (NYSE:CHK) is not alone in pointing out the Utica’s lack of processing infrastructure as a major hindrance. Several operators, including CONSOL Energy Inc. (NYSE:CNX), have cited infrastructure constraints as the single biggest reason for Utica producers’ reluctance in bringing new wells on line.

But that looks set to change shortly, as a handful of companies are eager to provide Utica producers with the infrastructure they so desperately require. For instance, midstream company Williams Partners L.P. (NYSE:WPZ), through a 48% stake in a privately held company, plans on shelling out roughly $380 million over the next couple of years on a joint venture with Dominion Resources, Inc. (NYSE:D) that will provide pipelines and processing services to Utica producers.

Chesapeake’s Utica wells
As evidence of the play’s potential, acting CEO and COO Steve Dixon highlighted recent well results in Carroll County, Ohio: “We drilled six wells from a common pad with average 24-hour stricted test rates of 1250 BOE per day, which includes 310 barrels of oil. 200 barrels of NGL with ethane not recovered and 4.4 mmcf of natural gas per day. This is a flowing tubing pressures exceeding 3000 [PSI].”

He added that well production data recently submitted to the Ohio Department of Natural Resources, in compliance with the department’s annual disclosure of Ohio production data, is “not indicative of the productive capacity of the initial wells drilled.”

Assuming the timely start-up of crucial gas processing infrastructure in subsequent months, Chesapeake Energy Corporation (NYSE:CHK) reckons it can produce more than 330 million cubic feet of gas equivalent or 55,000 barrels of oil equivalent per day from the Utica by year’s end. That implies production would more than quadruple from current levels.

We may use your email to send marketing emails about our services. Click here to read our privacy policy.
Related Insider Monkey Articles
Cheniere Energy, Inc. (LNG), The Dow Chemical Company (DOW): Debate Over US...Exxon Mobil Corporation (XOM): Its Not So Minor Oil Spill

Chesapeake Energy Corporation (CHK): Who Will Replace McClendon?Magnum Hunter Resources Corp (MHR): This Company Cashes Out of the Eagle Ford...

The Southern Company (NYSE:SO): Are Hedge Funds Right About This Stock? –...Chesapeake Energy Corporation (CHK): The Best Way to Invest in the Natural...