Despite increased oil production in the U.S. from unconventional sources such as the Bakken and Eagle Ford shales, oil prices haven’t gone down. In fact, the price for a barrel of West Texas Intermediate crude is at about $93 and climbing. What’s even worse is that one international group believes that the price of oil is poised to go up — way up.

Who is proclaiming this bad news? The Organization of Economic Cooperation and Development, or OECD. Based on its models, a barrel of oil could be in the range of $150 to $270 by the end of the decade. Let’s look at why they could be right and how we could avoid the sting of surging oil prices.

Why they could be right
Despite the large increase in domestic production, it costs more to access these new sources, and demand is still outpacing supply. According to EIA, demand for oil was about 1 million barrels per day higher than supply in 2011, and the projections for global demand are expected to continue to climb, thanks in large part to two countries: China and India.

On a worldwide proven-reserve basis, China and India are not well endowed, nor do they have a copious amount of deposits. Collectively, the two countries have only about 20.4 billion barrels of proven reserves, or about 1.3% of the world’s total supply. Also, a few weeks ago, the U.S. Department of Energy reported that China had surpassed the U.S. as the world’s largest importer of oil. From a raw numbers perspective, India doesn’t hold a candle to China, but it still imports about 80% of its oil needs. With China and India — the two most populous countries in the world — growing GDP at roughly 8% and 6% annually, demand will more than likely skyrocket.

Why they could be wrong
Models are great, and they can give a decent window into the future — if the correct assumptions are made. The OECD admits that these projections could be thrown off by two things: a slowing of global GDP, and the potential for oil substitutes to capture market share. Obviously, a slowing economy would put a dent in oil demand, but growing oil prices could be what brings GDP down as well. According to the IMF, imbalances in oil supply and demand could affect global GDP growth by as much as 1% annually — a bit of a Catch-22.

With oil potentially getting that expensive, we need to seriously consider the potential of seeing another energy source replace oil demand. In the past 23 years, gasoline prices and the price for a barrel of West Texas intermediate in the U.S. have traded at a multiple of roughly 33.1. Based on the OECD’s projections, this could mean that gasoline in the U.S. would cost somewhere in the range of $6.05 to $10.85. With current prices already causing a consideration of alternative fuels, $10 a gallon certainly would tip the scales in the favor of alternative sources.

What a Fool believes 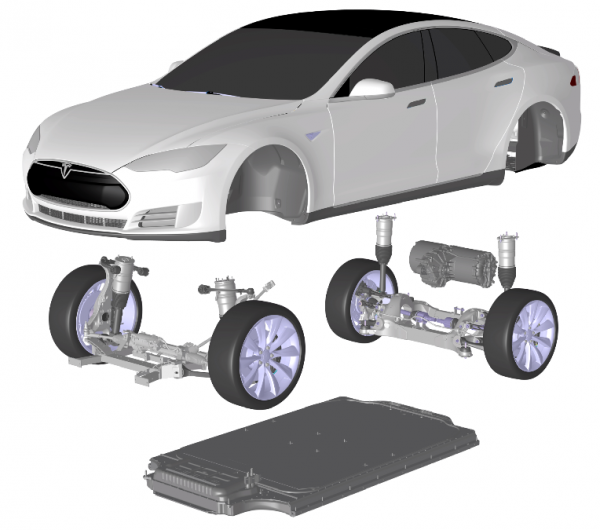 More than 73% of petroleum consumption in the U.S. is from the transportation sector, and that’s why automotive fuel costs are so important for U.S. energy. Using an average efficiency of 23 mpg per vehicle, about 15,000 miles driven per year, and the estimated cost of a gallon of fuel from earlier, five-year fuel costs for an individual could jump from $11,200 today to a staggering $32,900.

With fuel costs potentially tripling in seven years, there is an immense opportunity for companies that seek to replace oil, and there’s a three-headed-monster of companies that look as if they could potentially do just that: Tesla Motors Inc (NASDAQ:TSLA), Westport Innovations Inc. (USA) (NASDAQ:WPRT), and Clean Energy Fuels Corp (NASDAQ:CLNE). Here’s how.

For the individual consumer, the potential in alternative fuels is currently a bit challenging. The infrastructure for natural gas fueling stations simply isn’t robust enough, and the space required for CNG fuel tanks makes it impractical for smaller vehicles. That’s why Elon Musk’s automotive baby, Tesla Motors Inc (NASDAQ:TSLA), is so attractive. Not only are its current vehicles basking in critical acclaim, but the company is also taking drive-train orders from Toyota Motors and Daimler for their own electric vehicles. Some may argue the merits of an electric car, but it certainly looks more economically viable with $10-a-gallon gas.

Based on current technology, we don’t have the means to replace heavy-duty engines with electric ones — and that’s where natural gas engine manufacturer Westport comes into play. The company has developed a wide profile of engines used across the spectrum. It has OEM contracts with General Motors,Ford, Volkswagen, Hyundai, Fiat/Chrysler, Volvo, and Peugot-Citroen to build engines for both fleet vehicles and light-duty trucks. Its partnership with Cummins gives it an inside track on the medium duty, long-haul trucking market. Furthermore, its collaborative work with Caterpillar Inc. (NYSE:CAT) also provides a strong outlet to provide heavy-duty and off-road engines with a natural gas option. So whatever electric vehicles might not be able to cover, Westport has a solution.

When natural gas vehicles do start making an impact on U.S. roads, we’ll need a way to fuel them, and Clean Energy Fuels is working on it. While its infrastructure is nowhere near matching the 150,000-plus gasoline fueling stations in the U.S., its natural gas fueling stations represent about 27% of all the nation’s CNG stations. It has also entered into a partnership with Chesapeake Energy Corporation (NYSE:CHK) to deploy CNG stations every 250 to 300 miles across the country.

That may not be enough coverage for everyday consumers, but it could be a big win for the trucking industry.

The article 3 Companies That Could Save America From $250 Oil originally appeared on Fool.com.