When an oil and natural gas exploration company books its energy reserves, it’s really using its best guess based on the currently available data. As with most guesses based on limited data, they tend not to be as accurate as we’d like. Sometimes that’s a good thing, as in the case of our nation’s future natural gas supply.

A recent study by the Potential Gas Committee shows that the U.S. now has 26% more recoverable gas than the group estimated we had at the end of 2010. The total now comes to 2,383.9 trillion cubic feet, or Tcf. That’s really good news both for producers and for current and future end users. 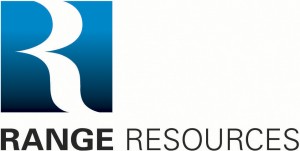 Thanks to the Marcellus Shale, the Atlantic portion of the country has the highest ceiling, at an estimated 741.3 Tcf of recoverable natural gas. That means decades of production coming from the likes of Range Resources Corp. (NYSE:RRC) and Chesapeake Energy Corporation (NYSE:CHK), which have large acreage positions in the Marcellus and in the region as a whole.

Chesapeake Energy Corporation (NYSE:CHK) is already the nation’s second largest natural gas producer. The company pumps out 4% of our total production, and if gas prices rise, it has the potential to produce even more gas in the future. The company is the largest leaseholder in both the Utica, at 1 million net acres, and the Marcellus, at 1.8 million net acres. If gas prices are high enough, Chesapeake Energy Corporation (NYSE:CHK) has plenty of room to expand its drilling budget and increase its production.

Range Resources Corp. (NYSE:RRC), which was the top producer in the Marcellus last year, also has a large acreage position in the play. The company has 700,000 net acres in the Marcellus as well as another 231,000 net acres in its Southern Appalachia division. Overall, the company believes it controls 54 Tcfe of resource potential in its acreage just in the Atlantic potion of the country. As one of the lowest-cost producers of natural gas in the country, Range Resources Corp. (NYSE:RRC) can profit even in a low-price environment.

Knowing that we have a larger supply of natural gas is great; however, it won’t do a whole lot for profits if prices don’t head higher. The good news here is that more demand is on the way. Overall, there should be enough room so that everyone can profit as more natural gas comes out of the ground.