As the stock market has extended its gains on Wednesday, several stocks registered impressive gains, including Intra-Cellular Therapies, Inc. (NASDAQ:ITCI) and Adept Technology Inc (NASDAQ:ADEP), which jumped to new 52-week highs. In this piece, we will take a closer look at the developments behind the moves of both stocks and will see whether the hedge fund sentiment suggests that these companies have the potential to trade at the values reached today in the near future. 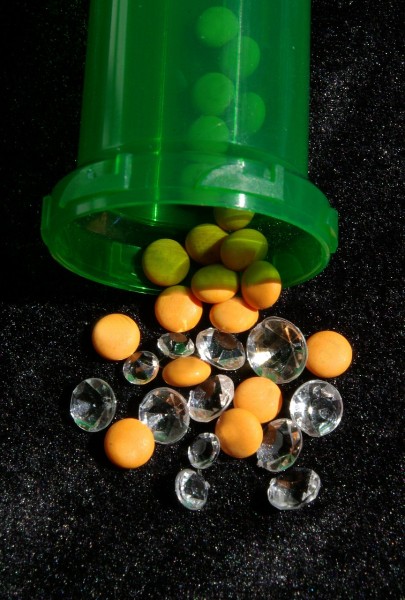 Hedge fund sentiment is an overlooked metric, mainly because it can be assessed by looking at 13F filings, which are issued with large delays and because hedge funds’ returns have been lagging the market lately. However, we have determined that hedge funds generate solid gains on the long side of their portfolios. Our strategy, which involves imitating 15 most popular small-cap picks among over 700 hedge funds managed to return 118% in the last three years, outperforming the market by more than 60 percentage points. It was based on backtests covering the period between 1999 and 2012, which showed that hedge funds’ top 50 holdings, represented mainly by large- and mega-cap companies, had underperformed the S&P 500 Total Return Index by seven basis points per month on average. On the other hand, the most popular small-cap ideas among them returned almost one percentage point above the market (see more details about our backtests).

Intra-Cellular Therapies (NASDAQ:ITCI)‘s stock has gained around 75% higher on Wednesday to $45.84 per share as investors greeted the report that the company’s first Phase 3 clinical trial of ITI-007, a drug developed for the treatment of schizophrenia, provided positive top-line results. The biopharmaceutical company, which focuses on the development of therapeutics for central nervous system disorders, announced that its clinical trial showed that once-daily ITI-007 70 mg had significant superiority over placebo. Among the hedge funds from our database, at the end of June, 14 held $127.34 million of Intra-Cellular Therapies, Inc. (NASDAQ:ITCI) stock in aggregate, which represented 11.40% of the company. As the stock appreciated by 34% during the second quarter, the popularity of the company among the smart money also grew from 12 funds with stakes worth $81.73 million in total as of the end of March. More specifically, Jacob Gottlieb‘s Visium Asset Management tops the list of Intra-Cellular Therapies, Inc. (NASDAQ:ITCI)’s shareholders with 1.05 million shares, followed by Phill Gross and Robert Atchinson’s Adage Capital Management and Jeremy Green’s Redmile Group, which hold 700,000 shares and 610,171 shares, respectively.

Let’s move to the second company, Adept Technology Inc (NASDAQ:ADEP), whose stock jumped by over 60% on reports that the company signed a definitive merger agreement with OMRON in a deal worth $200 million. The proposed sale has been questioned by shareholders for Adept’s alleged failure to pursue alternatives to the acquisition and a number of law firms, including Bronstein, Gewirtz & Grossman, LLC, have announced investigations into the transaction. Adept Technology Inc (NASDAQ:ADEP), which designs, manufactures and sells industrial and mobile robots for various markets is rather unpopular among the funds we follow, since, in the latest round of 13F filings, five funds reported holding $19.05 million worth of stock, which, nevertheless, represented over 20% of the company at the end of June. These figures increased from four investors holding positions with a total value of $11.10 million at the end of March. Among these funds, John Thiessen’s Vertex One Asset Management owns 1.03 million shares of Adept Technology Inc (NASDAQ:ADEP), which makes it the largest shareholder, trailed by by Mark N. Diker‘s Diker Management, which initiated a position with 905,302 shares during the second quarter. The third largest shareholder of Adept Technology, Wilmot B. Harkey and Daniel Mack’s Nantahala Capital Management, which boosted its position by almost a sixfold to 670,800 shares.

Hedge Funds And Analysts Agree On UBS Group And Fitbit As They Head In Opposite...
Monthly Newsletter Strategy
Download a free copy of our newsletter and see the details inside!
Hedge Fund Resource Center
Related News
Marathon Capital Management Slices Stake in Adept Technology Inc (ADEP) Top 10 Sitcoms of All Time 10 Best Countries in Nanotechnology 11 Most Expensive Ransoms Ever Paid
Billionaire Hedge Funds