The stock moved 16% higher on encouraging payout news and a subsequent analyst upgrade.

Regulators are clearing the payment of a $100 million dividend by its banking subsidiary to the parent company, a move that E TRADE Financial Corporation (NASDAQ:ETFC) expects to continue on a quarterly basis.

Investors shouldn’t expect cash dividends, here, but the reallocation process will give the online discounter the ability to pay down its debt.

More importantly, the clearance itself is a strong indicator that regulators feel E TRADE Financial Corporation (NASDAQ:ETFC)’s banking arm is on the mend. E*TRADE was one of the many financials services companies to get slammed a few years ago during the global crisis, weighed down by its subprime mortgage business.

The reallocation approval swayed Goldman Sachs into upgrade the stock, boosting its price target from $13.50 to $19.

Shares of E TRADE Financial Corporation (NASDAQ:ETFC) have nearly doubled since bottoming out late last year, but it’s not as if the broker itself is on a growth tear. Analysts see revenue actually declining this year, and clocking in flat next year.

Larger rivals Charles Schwab Corp (NYSE:SCHW) and TD Ameritrade Holding Corp. (NYSE:AMTD) are growing, but not by much. Analysts see single-digit percentage revenue growth at both companies this year and again in fiscal 2014.

It isn’t easy being a discount broker these days. Customers have come to expect low commission schedules and access to commission-free ETF trading. Low interest rates have also robbed E*TRADE of one of its earlier marketing angles, where it would offer substantially higher returns on savings accounts and idle cash.

E*TRADE may also be in a good place if interest rates continue to inch higher. Sure, that would freeze bond traders and possibly cool stock investors. However, E TRADE Financial Corporation (NASDAQ:ETFC) would once again be able to benefit from the high interest rates that it can offer savers. BofI Holding, Inc. (NASDAQ:BOFI) has seen its stock more than double over the past year as it rakes in the benefits of being a branchless bank. E*TRADE is in a similar position where it can pass on cost savings to customers in the form of more compelling rates than traditional banks.

E*TRADE’s been a big winner last week and over the past year, but the good times don’t have to end now.

The article Can E*TRADE Keep It Up? originally appeared on Fool.com and is written by Rick Munarriz. 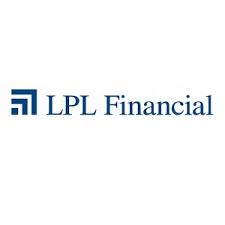