Exchange-traded funds have taken the investing world by storm, and smart brokerage companies know that the key to making their customers happy is to give them what they want. Charles Schwab Corp (NYSE:SCHW) was the first broker to realize the full potential of the ETF revolution, and yesterday, the company made another move designed to shore up its position in the ETF industry — and fight back at rival TD Ameritrade Holding Corp (NYSE:AMTD) in the process.

Yesterday, Schwab announced the creation of its ETF OneSource platform, offering 105 ETFs from a range of different ETF providers at no commission. Going beyond Schwab’s own proprietary funds, the company has successfully tapped the SPDR line of ETFs from State Street Corporation (NYSE:STT)‘s Global Advisors division as well as other well-known ETF managers to put together an impressive portfolio of offerings. Before getting into the details, though, let’s take a step back to review how much the ETF environment has changed in the past three-and-a-half years.

A brief history of commission-free ETFs
Schwab was the first broker to offer ETF trading with no commissions, opening the doors to a modest lineup of four then-brand-new ETFs focusing on domestic and international stocks. Having gotten a late start to the ETF game, Schwab seemed to be following a simple approach of giving its customers an incentive to keep their money with the brokerage firm rather than buying ETFs from other money managers.

Slowly but surely, though, other brokers joined the club. Fidelity enlisted the industry-leading iShares division of BlackRock Inc. (NYSE:BLK) to offer a lineup of some of its ETFs at no commission, and Vanguard followed up by opening up its extensive set of proprietary ETFs to its customers commission-free. Once TD AMERITRADE trumped everyone with a 101-ETF lineup of commission-free offerings, it seemed like the broker wars had escalated as far as they were going to go.

But now, more than two years later, Schwab has finally taken the next step, topping that lineup by four ETFs and making it clear that it wants to be the leader in the space. The question, though, is whether Schwab has succeeded in offering a better lineup of ETFs than its rivals.

A closer look at the ETFs
There’s no disputing that Schwab has put together an impressive set of ETFs. With offerings that include U.S. and international stocks and bonds, as well as sector investments, currency ETFs, and hard assets like real estate, precious metals, and commodities, Schwab makes it possible for its customers to create a tailor-made asset allocation strategy that encompasses nearly the entire available universe of possibilities.

But one disappointment is the high cost structures that many of the ETFs on the list have. The notable exceptions are Schwab’s own funds, as Schwab has gone to great lengths to offer bargain-basement expense ratios on its proprietary ETFs. Many of State Street’s offerings tend to come in with relatively low expenses as well. Further down the list, though, you’ll see some more expensive choices:

By contrast, Vanguard’s ETFs all carry expense ratios of 0.35% or lower, with many falling squarely in the 0.10% to 0.20% range. That difference may seem insignificant, but over time, even fractions of a percentage point can add up to thousands in lost returns taken by fund managers.

Finally, Schwab’s list doesn’t have the backing of an independent firm picking the funds. That was one of TD AMERITRADE’s big features of its platform, as Morningstar Inc. (NASDAQ:MORN) helped select the ETFs on its list with the specific goal of making it easier for customers to allocate their assets efficiently.

Check it out
For Schwab customers, having access to a wider range of ETFs is certainly a positive. But unless you really like the funds that Schwab has chosen above their competitors, you shouldn’t be in a huge hurry to move your account to Schwab to take advantage of the offer.

Fool contributor Dan Caplinger has no position in any stocks mentioned. You can follow him on Twitter @DanCaplinger. The Motley Fool recommends BlackRock, Morningstar, and TD AMERITRADE.

Why Does This Tiger Cub Like State Street Corp?

Why BlackRock, Inc. (BLK) Got Sued and What It Means for You 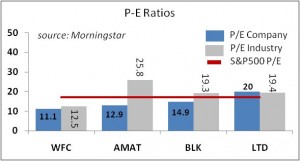 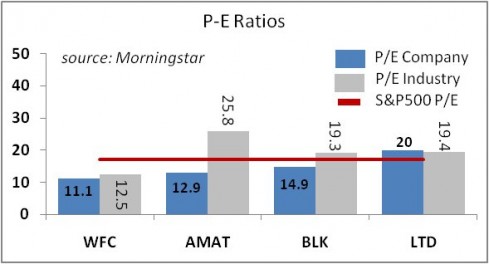 Insiders Are Bullish About These 4 Dividend Stocks