Charles De Vaulx’s International Value Advisors has filed a 13G concerning its holding in DeVry Education Group Inc. (NYSE:DV). The freshly-amended filing discloses the fund’s ownership of 12.77 million shares in the company, which represent 20.04% of its common stock. This marks an increase of 3.21 million shares since International Value Advisors submitted its previous filing on DeVry. 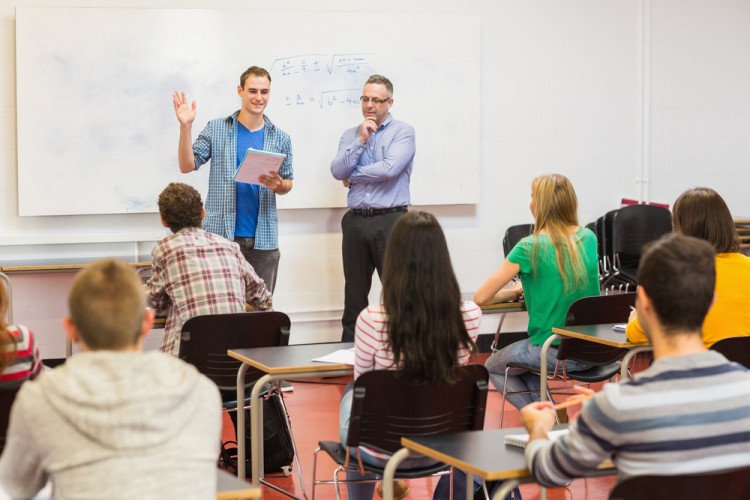 International Value Advisers is a New York-based investment management firm established in October 2007. Charles De Vaulx, who currently serves as Chief Investment Officer and Portfolio Manager at International Value Advisors, joined the firm in May 2008. The investment approach employed by the French-born asset manager can be described as global, cautious, and opportunistic. He generally aims at minimizing drawdowns during bear markets, which can be evidenced by the fact that his fund lost only 12% during the financial crisis of 2008. International Value Advisors mainly focuses on identifying noncapital-intensive businesses that have more pricing power than competitors. Even more to that, the firm manages a diversified portfolio worth $3.96 billion as of March 31, with the top ten holdings accounting for 63.48% of its entire portfolio. Charles De Vaulx claims that concentrated portfolios work only if their managers are geniuses like Warren Buffett.

We track hedge funds and prominent investors because our research has shown that historically their stock picks delivered superior risk-adjusted returns. This is especially true in the small-cap space. The 50 most popular large-cap stocks among hedge funds had a monthly alpha of about six basis points per month between 1999 and 2012; however the 15 most popular small-cap stocks delivered a monthly alpha of 80 basis points during the same period. This means investors would have generated ten percentage points of alpha per year simply by imitating hedge funds’ top 15 small-cap ideas. We have been tracking the performance of these stocks since the end of August 2012 in real time and these stocks have beaten the market by 66 percentage points (123.1% return vs. S&P 500’s 56.6% gain) over the last 34 months (see the details here).

DeVry Education Group Inc. (NYSE:DV) is an Illinois-based corporation that operates several for-profit higher education institutions, which include: American University of the Caribbean School of Medicine, Becker Professional Education, Carrington College, Chamberlain College of Nursing, DeVry Brasil, DeVry University and its Keller Graduate School of Management, Ross University School of Medicine, and Ross University School of Veterinary Medicine. The shares of DeVry Education Group have dropped by over 38% since the beginning of the current year, and analysts believe that there is not much upside for the company in the coming years. First Pacific Advisors LLC, overseen by Robert Rodriguez and Steven Romick, is among the largest shareholders of the company within our database, with a 2.16 million-share stake as of March 31.