A company with consistent cash flow and stable dividend payouts usually makes it to most of the income portfolios. It earns a reputation of sustainable payouts, and the Street loves the company for it. But when the same company announces a dividend cut, the Street punishes it severely. Such has been the case with CenturyLink, Inc. (NYSE:CTL), which witnessed a 23% plunge in its share price shortly after management announced a dividend cut of 26%. In my opinion, this crash presents a buying opportunity.

Why not its peers?

Windstream Corporation (NASDAQ:WIN), a telecom service provider, also looks ripe for a dividend cut. At the current price, its shares yield a hefty 12.67% with a massive payout ratio of 281.13%. The company has an image of consistently paying out dividends, and to maintain its reputation, Windstream has been borrowing cash.

But in the process, its debt/equity ratio has deteriorated to 879, due to which most credit rating firms have a junk rating for the company. As a result, Windstream doesn’t have access to cheap credit to sustain its dividend, which definitely calls for a dividend cut. As of now, Windstream’s total long term debt stands at $8.1 billion, which has risen by 51% over the last five years.

Verizon Communications Inc. (NYSE:VZ) is another popular telecom company which offers a lucrative yield of 4.1%. The company generated $33.06 billion in TTM operating cash flow and has $5.47 billion in cash and cash equivalents. With cash flow coverage of 5.61x, Verizon seems very much capable of sustaining its hefty payout ratio of 511%. But at the current price, its shares are trading at ridiculously high valuations with a P/E of 125x.

With that in mind, I think CenturyLink, Inc. (NYSE:CTL) seems to offer more value. It sports a dividend yield of 6.1% with a slightly better (but not great) payout ratio of 194%. With a cash coverage ratio of 4.45x and free cash flow yield of 13.44%, the company can comfortably sustain its annual dividend payout of $1.3 billion. Besides that, its shares appear to be fairly valued with a forward P/E of 12.74x thanks to its recent crash.

But shares of CenturyLink, Inc. (NYSE:CTL) have appreciated around 18% since the crash in February. This was because the company had slashed its dividends, citing that it needs to repurchase its shares. And during the month of May, the company aggressively repurchased 3% of its total shares outstanding.

CenturyLink, Inc. (NYSE:CTL) currently has a $2 billion worth of share buyback program underway, which should be executed by February 2015. On being asked about the pace of the buyback program, its management stated “we will potentially spend more than half of the program in 2013.”

This leaves around $400 million for this year’s repurchases, which accounts to a pending share repurchase of 1.8% of its shares outstanding (at the current market price). Apart from highlighting the faith and confidence of the board, these repurchases reduce the dividend burden on a company. 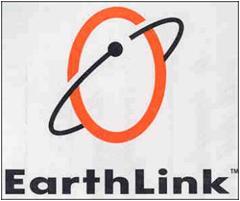 EarthLink, Inc. (ELNK): This Stock Is Cheaper and Safer than Its Peers