John W. Rogers’ Ariel Investments disclosed two big stock moves today. On the one hand, it more than tripled its exposure to Century Casinos, Inc. (NASDAQ:CNTY), and now owns 2.53 million shares of Common Stock (up from the 718,425 shares it held by the end of the second quarter), which account for 10.4% of the company’s outstanding stock. On the other hand, the fund boosted its stake in Erickson Inc (NASDAQ:EAC) by 25%, from 1.87 million shares of Common Stock to 2.35 million shares, which represent 17.1% of the company’s shares outstanding.

Ariel Investments was founded in 1983 by John W. Rogers, a former stockbroker for William Blair & Company, LLC. The firm specializes in small and mid-cap U.S. stocks, and currently holds an equity portfolio worth more than $8.1 billion. When John Rogers started his own investment company, the sole major account he had was the $100,000 worth of Howard University’s endowment fund. In the period from 1983 to 1986, Ariel Capital’s managed assets grew to $45 million.

Century Casinos, Inc. (NASDAQ:CNTY) is a $124.8 million market cap international casino entertainment company that develops and operates gaming establishments and related lodging and restaurant facilities around the globe. Ariel Investments recently added 252% to its holdings in the company, and currently stands as the largest institutional investor (amongst those we keep track of), with 2.53 million shares of Common Stock, worth almost $13 million at current stock prices.

Another major institutional investor betting on Century Casinos, Inc. (NASDAQ:CNTY) is Peter S. Park’s Park West Asset Management, which started a position, with half a million shares, over the second quarter of 2014.

Erickson Inc (NASDAQ:EAC), formerly Erickson Air-Crane Incorporated, is a $168.5 million market cap company that provides aerial services, including critical supply and logistics to military forces, humanitarian relief and other purposes. Also recently, Ariel Investments boosted its stake from 1.87 million shares of Common Stock to 2.35 million shares of Common Stock, which account for 17.1% of the company’s shares outstanding, and are worth more than $28 million at current stock prices. 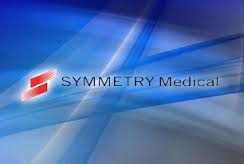