In real estate we trust
The threat of higher interest rates has been a real drag on much of the retail real estate investment sector since May. For one, higher interest rates make the prospect of borrowing for retail REITs much tougher since all new borrowing will come at a higher interest expense. Few retail REITs actually build their properties from the ground up, meaning takeovers that are funded by at-the-market share offerings and debt are the usual way these deals are financed. In addition, higher lending rates can make it difficult for tenants as well, putting modest pressure on occupancy rates.

This has been the primary plight of CBL & Associates Properties, Inc. (NYSE:CBL) since early May. To add icing on the cake, CBL, which primarily operates malls in 29 U.S. states, has been struggling for years to bring down its leverage.

The good news is, we’ve seen improvement on all fronts in its second-quarter results. Funds from operations (FFO), a measure of cash flow from operations for a REIT, grew by 3.8% during the quarter as occupancy rates improved 70 basis points to 93% and debt-to-total market capitalization dipped to 52.1% from 55.9% in the year-ago period.

What particularly intrigues me about CBL & Associates Properties, Inc. (NYSE:CBL) is its geographic diversity. Many of CBL’s malls are located in the Midwest, Ohio River Valley, South, and Southeast in states that generally fared better than the norm during the recession. What this tells me is that consumers in these areas are more resistant to fluctuations in the economy, which bodes well for CBL’s occupancy rates and sales per square footage.

The final factor here is that as a REIT, CBL & Associates Properties, Inc. (NYSE:CBL) is required to pay out at least 90% of its earnings in the form of a dividend in return for favorable tax status. Based on CBL’s forward yield of 4.8%, shareholders are going to get a U.S. Treasury bond-topping return by owning this stock. At what I consider a minuscule eight times forward earnings, I would strongly suggest giving CBL & Associates a closer look.

Nobody beats this stock… nobody!
As I just noted above, the prospect of rising interest rates means bad news for nearly every sector. One such sector that isn’t going to be breaking out the Kleenex anytime soon, though, is the rent-to-own industry.

Comprised of Rent-A-Center Inc (NASDAQ:RCII) and Aaron’s, Inc. (NYSE:AAN), both companies will stand to benefit in a big way as furniture and other large electronic items are priced out of some people’s budgets thanks to rising interest rates. Instead, these people/families will turn to lease-to-own programs such as those offered by these two companies, which come with considerably lower weekly payments but often cost more over the long run. The closer we move toward an imminent tapering off  of the Federal Reserve’s monthly bond-buying program, the more likely we’ll see interest rates move closer to their historical average.

While I feel confident that both companies will continue to be successful, Aaron’s, Inc. (NYSE:AAN) looks like the better buy of the two based on a couple of key metrics. First, a direct comparison of future growth rates gives a slight top-line edge to Aaron’s. Dividend-wise, Rent-A-Center Inc (NASDAQ:RCII)’s 2.2% yield handily trumps Aaron’s 0.3% yield, but Rent-A-Center is no match when it comes to comparing its balance sheet to Aaron’s. Whereas Rent-A-Center is lugging around nearly $800 million in net debt, Aaron’s is sporting a net cash position of $113 million, giving it considerably better flexibility than Rent-A-Center.

At 11 times forward earnings and with a favorable long-term business trend outlook, I’d say that nobody is going to beat Aaron’s, Inc. (NYSE:AAN) in the rent-to-own market… nobody! 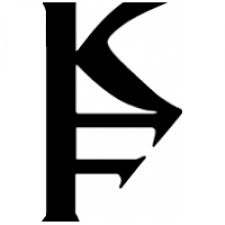 Here is What Hedge Funds Think About Korn/Ferry International (KFY)