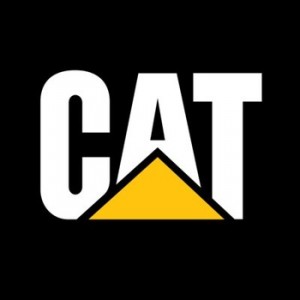 The disappointment of the first quarter performance was in part due to lowered sales. Caterpillar Inc. (NYSE:CAT) CEO Doug Oberhelman said that dealers purchased more inventory than they needed last year, which caused sales and revenue to be 17% less than 2012s corresponding first quarter. Profit per share of $1.31 was reported, as compared to last years first quarter profit per share of $2.37. Oberhelman also said that they expect a 50% decline in their mining business for 2013.

To give us a feel of what’s happening for one large player in the mining industry, mining giant BHP Billiton plc (ADR) (NYSE:BHP) released an exploration and development report dated Mar. 31. It currently has 19 major projects developing with targeted production dates towards the end of 2015. They were all rated as low risk, brownfield expansions. There were no new projects listed in the first quarter of 2013.

No new projects and brownfield expansions mean a lower need for new equipment. Brownfields are sites that already have been used, but can be expanded and redeveloped. These projections along with the decline in sales and revenue led Caterpillar Inc. (NYSE:CAT) to find ways manage operations costs. This resulted in the termination of 11,411 workers. Of the total, 2,364 had been full time and 1,011 of the jobs lost were in the US.

To provide a silver lining, on April 25th Caterpillar Inc. (NYSE:CAT) confirmed that they had a definite agreement for a one billion dollar stock re-purchase. This had been announced during the first quarter release as a part of a 7.5 billion stock re-purchase program that was started in 2007. By reducing the number of share outstanding, the earnings per share will increase regardless of other metrics affecting profitability. To date, 3.5 billion has been spent re-acquiring shares.

But there were still some alarming numbers in the first quarter earning report that should not be ignored:

Caterpillar Inc. (NYSE:CAT)’s business is divided into three major sectors: Construction Industries, Power Systems and Resource Industries. All three segments posted losses of sales and revenue in most of the geographical areas: North America, Asia/Pacific and Europe, Africa and the Middle East. Only Latin America posted a gain under the Resource Industries segment.

As compared to the first quarter of 2012, sales & revenue per sector, including all regions, were as follows:

At the same time, competitor Deere & Company (NYSE:DE) has had a stunning start to 2013. In February, it was named by Fortune Magazine as one of the Top 50 most admired companies – for the fifth year in a row. In March, it was named to Ethisphere Institute’s “World’s Most Ethical Companies” list – for the seventh year in a row. Deere & Company (NYSE:DE) also announce that they were raising their dividend to $0.51. They also posted a 10% gain in sales and revenue and a 27% increase in their earnings per share.

Deere has two distinct parts to their equipment division: agriculture and turf and construction and forestry. As compared to their first quarter of 2012, sales and revenue looked like this: