Caterpillar Inc. (NYSE:CAT) On the Spot Over Tax and Accounting Fraud

On March 8, 2017, Caterpillar offices at Peoria, Illinois were raided by federal law enforcement officials. The action was in the wake of alleged tax evasion allegations in which the heavy equipment maker was accused of wiring at least $7.6 billion into the United States without taxation. The funds are reported to have originated from its offshore subsidiary in Switzerland and were reportedly disguised as loans.

Since the money was used to fund the corporation’s profit making activities and is sourced overseas from its businesses, it is believed to be eligible for taxation. The accounting and tax fraud claims sent a slight tumult through the company’s shares, as they dropped by 1.4% in just three months according to a report compiled by FactSet.

How They Let Out The “CAT”

Caterpillar Inc. (NYSE:CAT) had previously been under scrutiny by the Senate committee on allegations of liaising with PricewaterhouseCoopers to establish tax reducing mechanisms and transfer its income between the United States and its affiliate in Switzerland, according to a 2014 Senate statement. The maneuver is believed to have helped the firm cut its tax obligations by $2.4 billion in just a decade.

In February 2017, the IRS reportedly contracted Tuck Business School of Dartmouth College professor Leslie Robinson to comment on the company’s financial reports. She wrote a report which was authorized by the federal government and shared with The New York Times, pointing out that Caterpillar had brought to the States an estimated $7.6 billion disguised as loans.

After examining documents presented to her by the Federal Deposit Insurance Corporation and analyzing financial and banking data, Robinson noticed that the funds were well beyond the $2.5 billion of earnings the company had reported to be tax-free overseas and fit to be transferred to the U.S. Despite the loans being eligible for federal taxation, they were never revealed. She believed the noncompliance maneuver was “fraudulent” and “deliberate” and was aimed at keeping the company’s share price up.

Companies are required to pay tax on income that is channeled to the U.S from overseas. Robinson however failed to highlight the legal exemption that relieves tax on short-term provisory loans made by overseas affiliates. It is not yet clear if Caterpillar took advantage of this tax incentive.

“The Transaction Was Compliant”

Officials at Caterpillar Inc. (NYSE:CAT) believed that the inquiry by investigators was aimed at its Swiss affiliate’s tax reports made since 2014. They maintained that the dealings of CSARL, its Switzerland subsidiary, was within American legal framework and all profits made were taxed overseas where taxation is below the 35% rating proposed in the U.S. The IRS is, however, claiming a $2 billion tax on profits made by CSARL on certain equipment up to the latest filing in 2016. Caterpillar has vowed to “vigorously contest” the claimed tax and penalties accrued over the years.

Concerning Robinson’s report, Corrie Scott, a spokeswoman for Caterpillar Inc. (NYSE:CAT), refused to comment beyond saying that the company had not been given a copy of the document. No formal investigation has been leveled at the company yet. 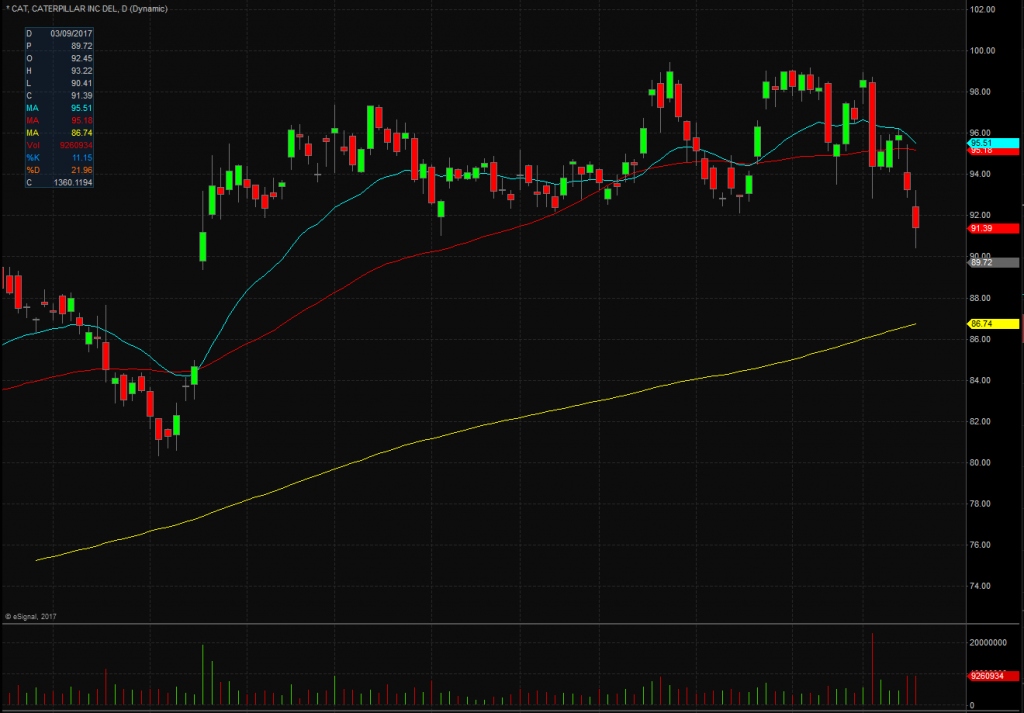