Next Monday, Caterpillar Inc. (NYSE:CAT) will release its latest quarterly results. The key to making smart investment decisions on stocks reporting earnings is to anticipate how they’ll do before they announce results, leaving you fully prepared to respond quickly to whatever surprises inevitably arise. That way, you’ll be less likely to have an uninformed, knee-jerk reaction that turns out to be exactly the wrong move. 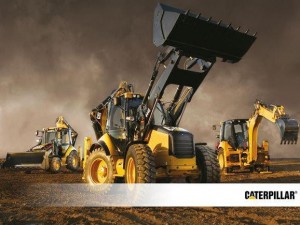 Caterpillar Inc. (NYSE:CAT) is a true industrial component of the Dow Jones Industrial Average (INDEXDJX:.DJI). Its industry-leading construction and mining-equipment business literally helps to pave the way for economic progress. Yet concerns about growth in its core U.S. and Chinese markets have investors uncertain of its future prospects and have made the stock one of the weakest performers in the Dow so far this year. Let’s take an early look at what’s been happening with Caterpillar over the past quarter and what we’re likely to see in its quarterly report.

Will Caterpillar Inc. (NYSE:CAT) bounce back this quarter?
Over the past few months, analysts have severely cut their views on Caterpillar Inc. (NYSE:CAT)’s earnings. A $0.34 per-share drop in estimates for the just-finished quarter and a reduction in full-year 2013 estimates of almost double that figure show the extent of the pessimism plaguing Caterpillar. Its stock has suffered the consequences, falling more than 15% since mid-January.

Caterpillar is facing a trifecta of poor economic conditions that have hurt its earnings prospects. In China, slowing growth has raised concerns about whether the emerging nation can manage the difficult global economic environment to produce a normal cyclical downturn, rather than an abrupt recession. Europe’s poor economic conditions show few signs of getting better soon as systemic risks to the financial and currency systems loom over the eurozone. And in the U.S., the sluggish recovery has failed to catch fire, even as conditions in the housing market have improved.