Casio: The Epitome of Conglomerate Diversification

College is a massive part of our lives, for it is when we come into ourselves, gain valuable life experiences, make friends for a lifetime, and many people even go as far as to call it the best time of their lives. However, the admissions process in the US is known to be rigorous and involves multiple steps, of which standardized testing is supposed to be primary. If you ever asked a student what he or she needed most for the ACT or SAT, chances are, the first thing they’ll say is a calculator.

When I was giving my SAT Subject Tests, I was looking at graphing calculators that would fit within my budget. One of the first calculators that popped up was a Casio build. It had all the capabilities of a high-end calculator, yet it wasn’t as expensive. I couldn’t fathom why teenagers in the US were purchasing HP or Texas Instruments, while Casio hung around in the background. I was understandably fascinated, so I decided to dig deeper. 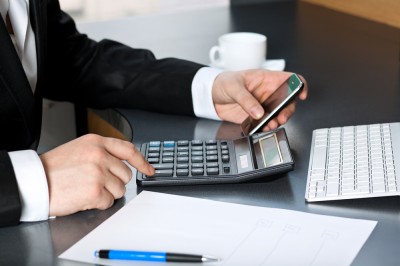 The origins of Casio are nowhere close to the current line of business followed at Casio. Tadao Kashio, an engineer, established Kashio Seisakujo in April 1946. The first-ever item that Kashio produced would be considered entirely unnecessary in today’s times. The first-ever product was a ring which would enable the wearer to smoke cigarettes without the need of using fingers. While that might seem outlandish to you, it was a brilliant move, for Japan was reeling from the effects of World War II, cigarettes were scarce, and the invention was a hit.

That was not the end for Kashio, however. In 1954, Kashio released an electro-mechanical calculator – Japan’s first, and it was a hit. Calculators, in those times, needed hand cranking, and Kashio, having his engineering knowledge to rely upon, was able to develop a technology that was advanced for its times. The Casio Computers Co. Ltd. was formed in 1957, aiming to diversify the company and dip its toes into different markets.

Is Casio Dominating the Market?

In the US, Casio is majorly known for its calculators and was the first company to release a graphing calculator into the market. The major competitors for the company in this field are Texas Instruments (NASDAQ:TXN) and HP. Casio has the technology and the price to beat these competitors. So, why isn’t Casio dominating the market? The answer lies in the better marketing strategies utilized by Texas Instruments, the brand most commonly associated with calculators in the US. TI was extremely strategic with when they released their products into the market. In addition, TI also is a significant stakeholder in Teachers Teaching with Technology, an organization helping teachers better equip themselves with technology. This helped them push their products even further. Coupled with newsletters, scholarships, hotlines, and so much more, TI could quickly gain a considerable share of the market. Casio, being a Japanese company, did not employ these resources, and in turn, lost out on the chance to be the dominant player.

When it comes to musical instruments, Casio models are widely used by beginners and professionals alike during their musical journey. Casio has made a name for itself with its keyboards, enabling students to master the instrument with its tech-filled yet straightforward capabilities quickly. As a musician myself, I have performed with many friends, all of whom used the Casio keyboards during their performances. Whether it be simple notes or a complex composition, Casio has nailed this side of the business.

When it comes to watches, Casio has been revolutionary. The G-Shock line of watches is known to be expensive, but worth its price, for it is filled with everything an owner would need in a watch. The G-Shock range of watches could even be considered a Veblen good. It is viewed as a status symbol, not unlike diamonds, that few can afford. This has also led to the original 1983 G-Shock watch being extremely sought-after by collectors. The competitors for G-Shock include Fossil, Tommy Hilfiger, Titan, Guess, and Timex. However, G-Shock has brand loyalty on its side, with consumers consistently choosing G-Shock over the alternatives; again, because of the relative affordability of the Casio product when compared to the others.

So, What Can Casio Do to Improve Its Standing In the Market?

As of 1st May, a single Casio share is worth roughly $16, while Texas Instruments boasts a share price of about $110. The difference in revenue for these two companies isn’t as significant as the difference in the share price. So, what is Casio doing wrong? As is the case with most companies seeking to gain the majority of market share, Casio must make a major change with how it markets its products. The low price of the products is working against the company, making customers think that a product this cheap would most likely not be worth too much. In the case of calculators, most customers move on to TI, often costing hundreds of dollars more. Casio must find its balance, ensuring that the price and the value are not inconsistent. Casio, being a Japanese company, is also affected by the massive difference in the exchange rate between the US and Japan, something which is out of Casio’s control.

A trend we see with Casio is the lack of marketing. The products of the company are phenomenal; however, the advertising is lackluster. With the schooling in the US system expected to continue its integration of calculators into the curriculum, the market for Casio isn’t going anywhere. The textbooks in schools teach students how to use TI calculators, and thus, many students don’t take the time to browse and explore their options before committing to Texas Instruments. Maybe, Casio could take a page out of TI’s book and market their products better. With a little bit of a “makeover,” Casio could be an unstoppable powerhouse. The way to market domination is clear; Casio just needs to bring the will.

(For disclosure purposes, I do not own any shares in Casio, or any other company mentioned in this article.)