Published on March 23, 2020 at 1:14 pm by Insider Monkey Staff in Bitcoin, Ethereum and Other Cryptocurrencies, News, Tech

The global COVID-19 crisis has sent the world’s markets into a tailspin, with virtually every asset class affected. On Monday, March 9, the NYSE tripped its circuit breakers for only the second time in history as the S&P 500 (NYSE:S&P) dropped by 7% just three minutes into the day’s trading. Leading companies’ stocks like Microsoft (NYSE: MSFT) and Tesla (NYSE: TSLA) dropping 30% and 60% respectively. Across the pond, London’s FTSE 100 index suffered its worst single-day drop since 2008, when Lehman Brothers collapsed.

The carnage continued later in the week once President Trump confirmed he was banning travel from European countries. The futures markets reacted, and circuit breakers kicked in once again when trading opened on the morning of Thursday, March 12. 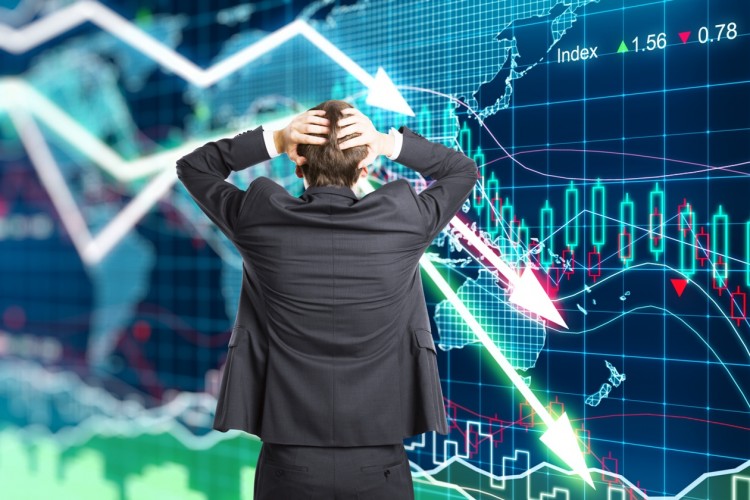 This time, the bearish sentiment also hit the cryptocurrency markets. Because digital assets are inherently more volatile than traditional stocks, the drop was even more dramatic. On March 12, Bitcoin experienced the biggest single-day drop since 2013, losing around 40% of its value. 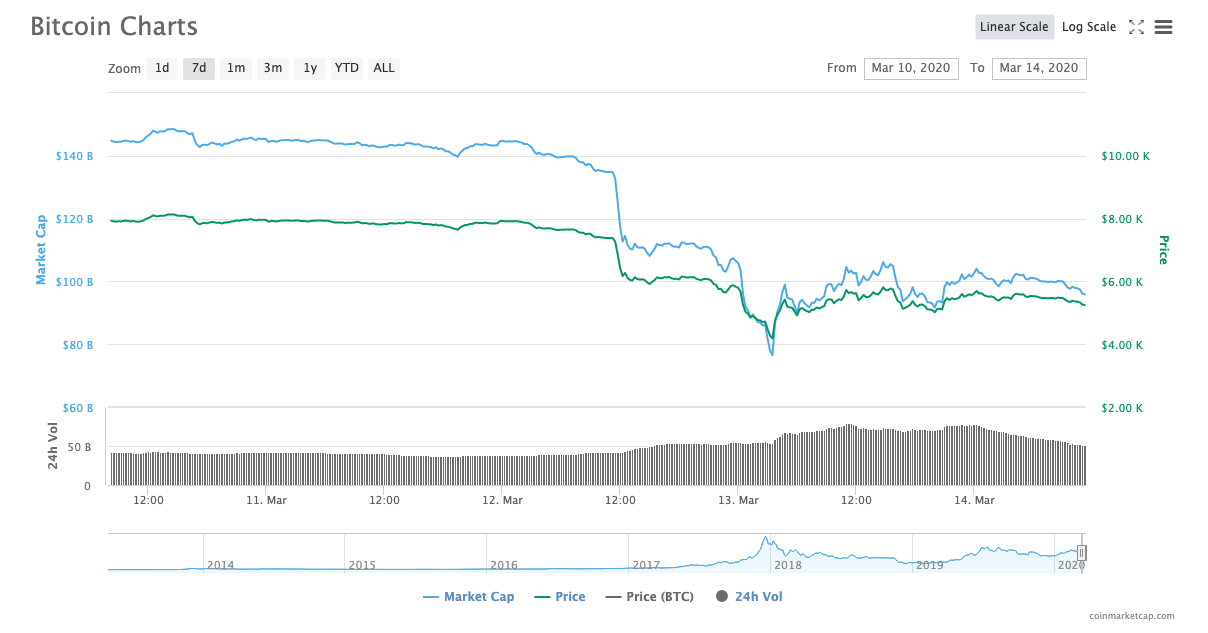 When the last drop happened back in 2013, the only way to trade Bitcoin was on the spot markets. Futures trading has only been possible since 2016 when BitMEX launched crypto-backed futures contracts. Since the CME and Cboe launched regulated Bitcoin futures products at the end of 2017, a move that’s thought to have contributed to Bitcoin reaching its all-time high, the market for futures has boomed. In October 2019, Bloomberg reported that futures trading was catching up to the spot markets accounting for around half of all trading volume.

So, during the recent bloodbath, it was futures traders who were among the worst hit. On March 12, BitMEX liquidated $863m worth of contracts. 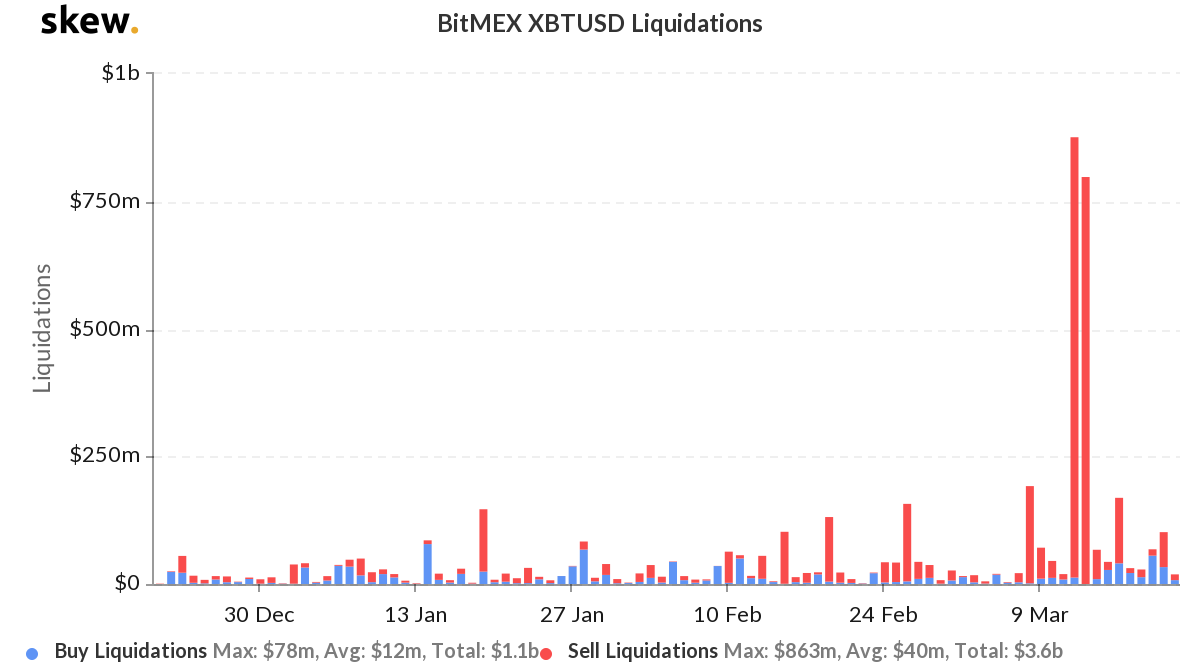 On the same day, BitMEX and several other exchanges experienced downtime. BitMEX was out for around 45 minutes in two separate incidents. These outages effectively served as a circuit breaker, halting trading and allowing the price of Bitcoin to recover to about $5k, thus preventing further liquidations.

BitMEX claims the outages were caused by DDOS attacks. However, commentators in the crypto space speculated that BitMEX had deliberately taken itself offline to prevent the price of Bitcoin falling further. BitMEX denied this, attributing the issue to a hardware problem with its cloud service provider.

If this is the case, then it seems that BitMEX is stating that it’s reliant on server overloads to act as a de facto circuit breaker in the event of a market freefall. This seems to be a shaky measure for managing the price of Bitcoin.

As a result of the market turmoil, others in the space, including Tushar Jain of Multicoin Capital, pointed out that the industry needs to do more to ensure circuit breakers are in place. On March 19, Coindesk reported that Huobi, which operates in both the spot and futures markets, had implemented a circuit breaker of sorts. Although it doesn’t prevent all trading on the platform in the event of market volatility, it will stop liquidations on leveraged positions. The report also said that liquidations could happen gradually, rather than in immediate response to a specific event.

Newer exchanges to the market appear to have already anticipated the circuit breaker problem and have implemented their own means of managing auto-liquidations. Bybit is an exchange that’s taken a similar approach Huobi, although this was already in place long before the market carnage resulting from the coronavirus panic.

The Bybit website states that it has a matching engine capable of managing up to 100,000 transactions per second. Therefore, it can’t take the same risks that BitMEX does, relying on server overloads to act as a kill switch. Instead, Bybit manages the risk of liquidations through its policies. It operates a partial liquidation process using what it calls “risk limit levels,” which prevent an immediate full liquidation of any given position.

This means that traders must select a risk limit level when they open their position. Assuming it’s not set to the lowest level, the Bybit engine will first dynamically reduce the position’s maintenance margin to a lower risk limit level to help avoid liquidation. If this is insufficient, the engine will next cancel all active orders, following by automatically submitting a fill-or-kill order to offset the margin difference.

If all of these measures fail to mitigate, then the engine will finally liquidate the position. Bybit uses an insurance fund to cover losses resulting from closing the position below the bankruptcy price.

Bybit also operates a dual price structure, using both the mark price and the last traded price. This means that the market price never deviates significantly from the spot price, avoiding the risk of liquidation resulting from price manipulation.

Pulling Liquidity from Other Venues

Perhaps thanks to these innovative approaches, both Bybit and FTX are emerging as serious competitors to rival BitMEX. In the immediate aftermath of what can only be called crypto’s Black Thursday, Bybit and FTX overtook BitMEX in trading of Ether-backed futures. 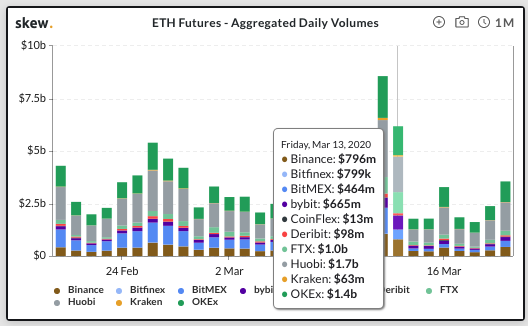 It’s worth noting that ETHUSD traders were among the worst-affected by forced liquidations on BitMEX the day before, with the exchange having distributed a refund worth 40 BTC to 156 parties.

The cryptocurrency markets still have a lot to learn from the traditional finance markets, and ultimately, circuit breakers could prove to be a viable means of preventing price crashes. However, if exchanges such as Bybit and FTX can prove that their measures are just as effective, perhaps it will quiet the calls from those in the community keen to implement circuit breakers. Whether or not BitMEX decides to take a more managed approach to the price crash risk remains to be seen.