In September 2019, Rhizome Partners had released its Q2 2019 investor letter. Cannae Holdings Inc. (NYSE:CNNE) stock has posted a return of 35.9% in the trailing one year period, outperforming the S&P 500 Index which returned 13.1% in the same period. This suggests that the investment firm was wrong in its decision. On a year-to-date basis, Cannae Holdings Inc. (NYSE:CNNE) stock has risen by 0.8%.

“Exited Position in Cannae Holdings – We recently exited our position in Cannae holdings after it appreciated 69%. This is a roughly 2% position at cost and resulted in a roughly 1.5% gain to our partners capital. Cannae Holdings is a tracking stock of cats‐and‐dogs assets that was spun out of Fidelity National Financial, Inc. Like most sum‐of‐the parts stories, it traded at a large discount to its intrinsic value. Unlike other SOTP investments, Cannae holdings has a track record of compounding its NAV over time and will opportunistically buyback shares if it trades at a deep discount to intrinsic value.

Cannae holdings key asset is a stake in Ceridian HCM which owns the human resources SaaS business called Dayforce. Over the last few years, we have come to appreciate the power of SaaS businesses and other mission critical software businesses. However, we are not quite ready to pay high multiples of revenue for companies in this category. We have much more learning and personal growth to do before we can “graduate” to being able to buy these high multiples of revenue businesses. Once in a while, we can spot a fast grower hidden inside a holding company. We prefer this “back door” way of investing in these attractive companies at a deep discount.

Cannae Holdings also owns another company that provides clinical documentation and coding solutions to healthcare operators, a few restaurant chains, real estate, as well as some cash on the balance sheet. Thus, we had a diversified basket of assets that provided downside protection rather than being fully invested in a fast growing SaaS company. After the Ceridian IPO, Ceridian’s stock price doubled which resulted in Cannae’s share prices appreciating sharply. The SOTP discount has since narrowed while Dayforce’s price‐to‐sales‐ multiple has also increased. Thus, we exited our position.” 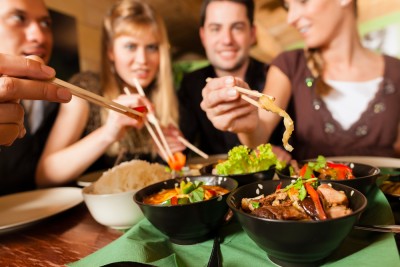