One way to find ideas among the thousands of publicly traded stocks is to look at the holdings of mutual or hedge funds that invest the same way that you do. Whitney Tilson runs Kase Capital, a small value-orientated hedge fund, formerly known as T2 Partners. Kase has some positions that many hedge funds seem to have, like Netflix, Inc. (NASDAQ:NFLX) and Berkshire Hathaway Inc. (NYSE:BRK-B), but there are also some more interesting stocks that I knew nothing about before discovering them in Tilson’s portfolio. Let’s take a deeper look at three of these less-followed companies. 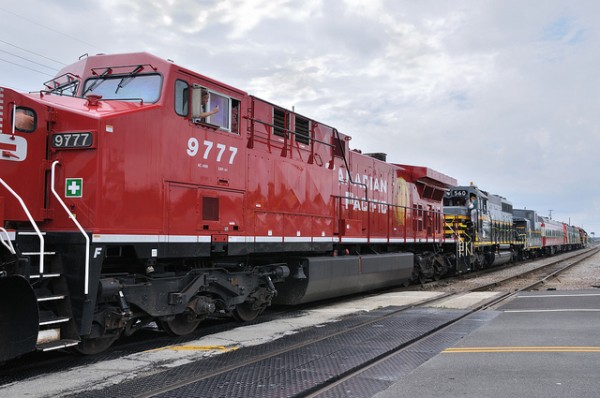 Canadian Pacific Railway Limited (USA) (NYSE:CP) is a railroad operating in Canada and the United States. The company suffered negative free cash flow from 2009 through 2011, before returning to positive territory in 2012. The stock has almost doubled from its 52-week low, and at 45 times earnings looks outrageously overvalued.

Last year Pershing Capital, after taking a large stake in the company, was able to get the CEO to resign and replace him with Hunter Harrison, named “Railroader of the Year” in 2002. The hope, apparently, is that the new leadership can make the company more profitable. Canadian National Railway (USA) (NYSE:CNI), a larger company with almost twice as much revenue and more than five times the net income, is only trading at 15.8 times earnings.

Howard Hughes is a real estate company that specializes in master planned communities, as well as some other real estate properties. In the most recent investor letter Tilson estimates the intrinsic value of Howard Hughes to be as much as $125 per share, well above the current market price of about $82 per share. This company is not very well followed, with only a single analyst covering it, so the chances that the stock is mis-priced are higher than a more well-followed stock.