Published on April 3, 2019 at 1:15 am by Nina Zdinjak in Hedge Fund Investor Letters, Hedge Funds, News

Daniel Loeb’s Third Point released its Q4 2018 Investor Letter at the end of February, in which discussed its several 13F positions, including Campbell Soup Company (NYSE:CPB). If you are interested you can download a copy of the letter – here. Campbell Soup Company was the fund’s new addition during the second quarter of 2018,  when the company was facing problems such as – its CEO leaving with no one to take their place, and the company’s earnings taking the wrong course. Daniel Loeb felt the company can resolve its issues, but that it requires changes at the management and the board, which is why he decided to invest in it.

We invested in Campbell in the Second Quarter of 2018. The company was at a crossroads. Earnings  were  going  the  wrong  way,  the  balance  sheet  was  over-levered,  and Campbell’s long-time CEO had just left, with no successor in place. It was clear to us that the company’s problems were fixable,but only with real change at the board and management level.

We fought a proxy war to help effect that change and agreed to a settlement in November that should set the stage for Campbell’s turnaround. The terms of our settlement included a mix of board representation (two directors now and one mutually agreeable director later) and formal outside-in engagement (input on the CEO and regular access to the board and C-suite).

Once the proxy contest ended, the dynamic between Third Point and the company changed immediately,  and  we  got  to  work. Within  days,  two  Third  Point  director  nominees,  Sarah Hofstetter  and  Kurt  Schmidt,  were added  to  the  board. Sarah has critical  marketing experience  and  Kurt  brings  a  wealth  of  packaged  food  operational  expertise to  the  Board.

We  also  worked  cooperatively  with Campbell to  help  recruit  Mark  Clouse  as  its  new  Chief Executive  Officer. Mark  is a  seasoned  packaged  food  executive  and  brings  the  right  set  of skills to lead the company at this critical time. He started at Campbell on January 22, and we are excited to work with him and the company’s board to repair the balance sheet, execute an operational turnaround of the business, and explore all options to create long-term value for  shareholders. With  Mark  at  the helm  and change  at  the  board  level following  years  of underperformance, we are confident Campbell has a good long-term case for value creation. 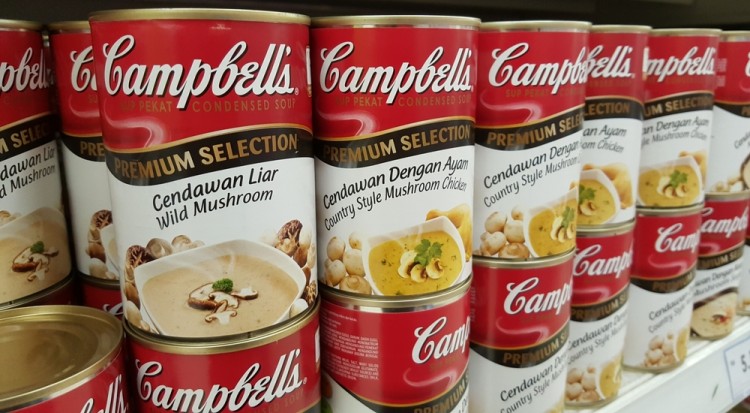 Campbell Soup Company is a Camden, New Jersey-based company that produces canned soup and similar dietary products. It has a market cap of $11.33 billion and it sells its products in around 120 countries over the world. Since the beginning of the year, it’s share price gained 16.62%, and on April 2nd, it had a closing price of $37.62. Over the longer period of 12 months precisely, the company’s stock lost almost 14%.

Among these funds, Third Point actually held the most valuable stake in Campbell Soup Company (NYSE:CPB), which was worth $692.8 million at the end of the third quarter. On the second spot was Citadel Investment Group which amassed $30.6 million worth of shares. Moreover, D E Shaw, GAMCO Investors, and Point72 Asset Management were also bullish on Campbell Soup Company (NYSE:CPB), allocating a large percentage of their portfolios to this stock. 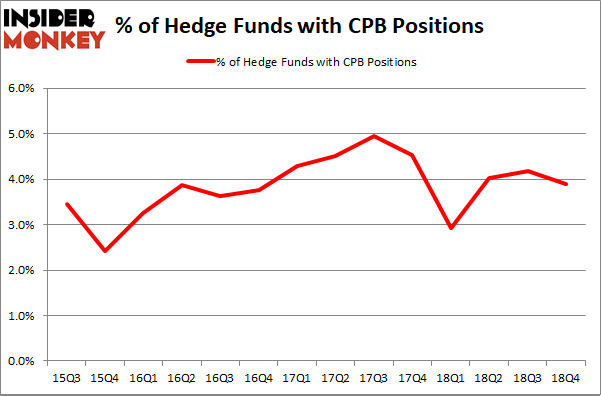 Recently, Campbell Soup Company announced that its Board of Directors affirmed a regular quarterly dividend on its stock of $0.35 per share, which is payable (April 29, 2019) to shareholders of record at the close of business on April 11, 2019.