Mario Gabelli, the founder of GAMCO Investors, currently manages as much as $40 billion in total asset under management. In the past 10 years, he managed to deliver a sweet annualized return at 9.7%, beating the S&P 500’s return of 7.2% during the same period. In the second quarter, he initiated long positions in two businesses, including Buckeye Technologies Inc. (NYSE:BKI) and CST Brands Inc (NYSE:CST). Let’s take a closer look to determine whether or not we should follow him into those stocks.

The buyout offer is cheap

Buckeye Technologies Inc. (NYSE:BKI) is the producer of four main cellulose-based specialty products including chemical cellulose, customized fibers, fluff pulp and non-woven materials. The company had the geographic diversity. Around 85% of its products are produced inside the U.S., while total sales outside of the U.S. account for around 69% of total sales. The two biggest regions are North America and Europe, representing 39% and 34% of the total revenue, respectively.

What I like about Buckeye is its conservative capital structure. As of March, it had $664 million in equity, $55 million in cash and only $62 million in debt. The net debt/EBITDA (earnings before interest, taxes, depreciation and amortization) was only 0.4.

In the long run, Buckeye Technologies Inc. (NYSE:BKI) wants to further expand its business along with three main mega-trends, including growing emerging markets, increasing demand for healthcare products with an aging population, and the rising focus on renewable energy and sustainability. It expects to generate new revenue streams from renewable energy and renewable chemicals. In 2015, Buckeye expects to generate $1.5 billion in revenue and $211 million in adjusted EBITDA.

Recently, Buckeye Technologies Inc. (NYSE:BKI) received a buyout offer from Georgia-Pacific at around $37.50 per share, with the total transaction value of $1.4 billion, including the debt assumption. The offering price seems to undervalue the company, worth only around 6.4 times its trailing EBITDA.

Compared to one of its peer, Rayonier Inc. (NYSE:RYN), Buckeye Technologies Inc. (NYSE:BKI) is much cheaper. Rayonier is in the business of producing high value specialty cellulose fibers and fluff pulp, being the seventh-largest private timberland owner, with 2.7 million acres of timberland and real estate in the U.S. and New Zealand. Rayonier is trading at $58.80 per share, with a total market cap of around $7.5 billion. The market values Rayonier at as much as 14.4 times its trailing EBITDA.

Despite the high valuation, income investors might like Rayonier Inc. (NYSE:RYN) due to its decent dividend yield of 3.3%. Recently, the company also announced the increase of its quarterly cash dividend by $0.05 per share, marking the ninth dividend increase in the past 11 years. However, Rayonier’s payout ratio is high at 88% (Buckeye’s payout ratio is only 14%) with a yield of 1%.

This company is cheap and has good growth potential

Gabelli also likes CST Brands Inc (NYSE:CST), a Valero Energy Corporation (NYSE:VLO) spin-off. CST is the operator of nearly 1,900 convenience and retail stores, including more than 1,000 company-operated fuel and convenience stores in the U.S. and nearly 850 retail sites in Canada. CST Brands Inc (NYSE:CST) derives most of its inside revenue from cigarettes. In fact, cigarettes accounted for between 32% and 36% of its retail-U.S. segment’s inside revenue for the past four years, and 50% of its retail-Canada’s inside revenue. Last year, the company sold 3,340 gallons of fuel per site per day, with the margin of around $0.23 per gallon.

Is Landauer, Inc. (LDR) Going to Burn These Hedge Funds? 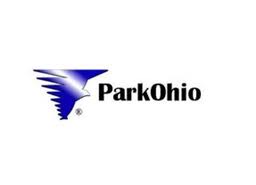