Pinnacle West Capital Corporation (NYSE:PNW) investors should pay attention to a decrease in support from the world’s most elite money managers recently.

To most investors, hedge funds are seen as unimportant, outdated financial tools of yesteryear. While there are greater than 8000 funds with their doors open at the moment, we at Insider Monkey hone in on the leaders of this club, about 450 funds. It is estimated that this group oversees most of all hedge funds’ total asset base, and by watching their best investments, we have brought to light a few investment strategies that have historically outpaced the S&P 500 index. Our small-cap hedge fund strategy outperformed the S&P 500 index by 18 percentage points per annum for a decade in our back tests, and since we’ve started sharing our picks with our subscribers at the end of August 2012, we have outpaced the S&P 500 index by 24 percentage points in 7 months (check out a sample of our picks).

Equally as beneficial, optimistic insider trading sentiment is a second way to parse down the marketplace. Just as you’d expect, there are lots of motivations for a bullish insider to get rid of shares of his or her company, but just one, very clear reason why they would buy. Various empirical studies have demonstrated the impressive potential of this strategy if you know where to look (learn more here).

What have hedge funds been doing with Pinnacle West Capital Corporation (NYSE:PNW)?

At year’s end, a total of 11 of the hedge funds we track were bullish in this stock, a change of -21% from the previous quarter. With hedge funds’ positions undergoing their usual ebb and flow, there exists an “upper tier” of notable hedge fund managers who were boosting their holdings significantly.

Since Pinnacle West Capital Corporation (NYSE:PNW) has witnessed a declination in interest from the aggregate hedge fund industry, we can see that there is a sect of hedge funds that decided to sell off their full holdings heading into 2013. At the top of the heap, Louis Bacon’s Moore Global Investments dropped the largest position of all the hedgies we monitor, valued at close to $1 million in stock.. Mike Vranos’s fund, Ellington, also sold off its stock, about $1 million worth. These moves are intriguing to say the least, as total hedge fund interest fell by 3 funds heading into 2013.

Insider purchases made by high-level executives is at its handiest when the primary stock in question has seen transactions within the past half-year. Over the latest 180-day time period, Pinnacle West Capital Corporation (NYSE:PNW) has seen zero unique insiders buying, and 3 insider sales (see the details of insider trades here).

With the results exhibited by our strategies, retail investors should always keep an eye on hedge fund and insider trading sentiment, and Pinnacle West Capital Corporation (NYSE:PNW) shareholders fit into this picture quite nicely.

This Metric Says You Are Smart to Buy SCANA Corporation (NYSE:SCG) –...

Will Brookfield Infrastructure Partners L.P.(BIP) Cash in on a Renewal of American...

Hedge Fund Interest in OGE Energy Corp. (OGE) Dropping, But One Manager is... 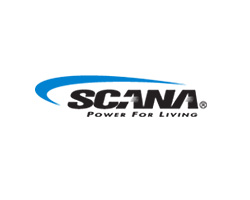