Shares of Cisco Systems, Inc. (NASDAQ:CSCO) have traded down as much as 5% over the past couple days after reaching a new 52-week high of $21.98. Investors have grown concerned after Scott Thompson, an analyst of FBR Capital, cut his rating on the stock to “underperform.” 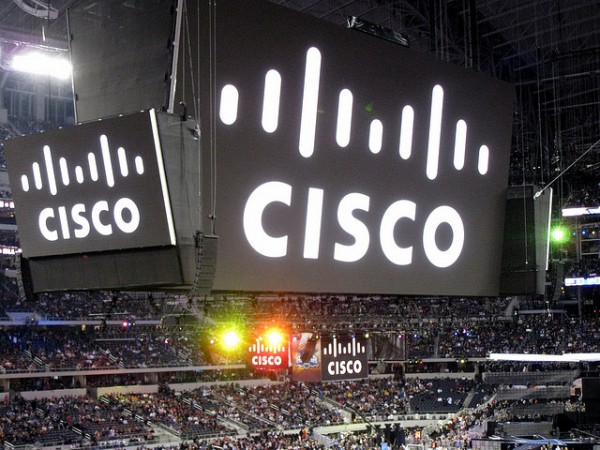 Thompson also cutt his price target to $17, which is almost 20% below current value, and said, “We believe Cisco will become increasingly more challenged to offset weaker-than-expected routing and switching demand as it works to transition to a more software and service-centric business model.”

Let’s not get carried away
I found those comments to be pretty odd. It suggests that Cisco Systems, Inc. (NASDAQ:CSCO) will be unable to adapt to new trends. In fact, adapting and evolving has been the company’s biggest strength over the past couple of years. Thompson’s research also concluded that “the next generation of network and data-center hardware will blur the boundaries between routing, switching, and computing, providing a single hardware platform on which network and computing functions will be delivered through software applications.”

Again, I have to disagree. I don’t think Thompson has studied Cisco’s recent performances. While he is correct by suggesting that Cisco’s routing and switching businesses have not performed up to their usual standards, the company has not been asleep at the wheel, either. As the hardware business has struggled, management has been investing heavily to shore up Cisco’s cloud position, while also picking off several companies that strengthen Cisco’s software-defined networking, or SDN, position.

Case in point: In Cisco’s first-quarter report, both routing and switching businesses dropped 2% sequentially and 3% year over year. In the second quarter, however, both hardware units went in opposite directions as switch revenue grew 3% year over year, while routing revenue shed more than 5%. Again, not exactly robust figures, but the company’s not concerned, and that’s for good reason.

Given Cisco’s acquisitions of Cariden, Meraki and BroadHop, Thompson should have been able to see that the company is phasing out its focus on hardware. Cisco Systems, Inc. (NASDAQ:CSCO) has not been investing to grow its hardware business. Besides, as Cisco’s evolution continues, hardware will eventually comprise of single-digit revenue, while the software, cloud, and SDN businesses grow.

It’s smart execution, especially since the margins in the hardware line haven’t been that impressive recently, at least not when compared to the company’s stronger growth businesses such as data center and wireless revenue, which grew in the quarter by 65% and 20%, respectively.