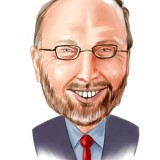 The Baupost Group, managed Seth Klarman, is one of the world’s largest hedge funds. Klarman wrote a book in 1991 discussing his thoughts on investing, and it currently sells for $1,500- that’s how in demand his views from over 20 years ago. So what low- P/E stocks does the Margin of Safety author think are good values, at least in the last few months? Here are the five largest holdings in Baupost’s most recent 13F filings by market value (see the full list of stocks from the 13F) which feature trailing and forward P/E multiples of 16 or lower:

The first cheap stock we see when looking at Baupost’s portfolio is its largest 13F holding, BP plc (NYSE:BP). BP continues to see poor sentiment from the Deepwater Horizon disaster, and with oil majors generally trading at value levels it is currently priced at 8 times earnings (on either a trailing or a forward basis) with a dividend yield above 5%. BP was one of the most popular energy stocks among hedge funds during the third quarter, though it’s been losing popularity to other companies in the industry. We think it’s a good value stock, but other oil majors may be even better buys as they are likely lower-risk enough to justify their small premiums.

The fund reported owning 13.5 million shares of Oracle Corporation (NASDAQ:ORCL). Oracle trades at 16 times trailing earnings, but has been growing its net income (in its most recent fiscal quarter, earnings were 11% higher than in the same period in the previous year) and with Wall Street analysts expecting that trend to continue the forward P/E is 11 and the five-year PEG ratio is 1. If the company can continue growing at its current rate despite its large size, then it will prove undervalued at the current price. We would have to look more closely to check that assumption, however.

Klarman and his team had 15 million shares of Genworth Financial Inc (NYSE:GNW) in its portfolio. Genworth is an insurance and wealth management company, and if anything says “margin of safety” it’s a P/B ratio of 0.2. There are likely good reasons why the stock is trading away from the book value of Genworth’s equity, but the size of the discount is so large that we’d be interested in reviewing the company further. With the trailing P/E coming in at 8 it doesn’t seem to be having too much difficulty earning a return on its assets, and unless we see red flags in our research we’d expect the market value to rise.

Baupost sliced its stake in Microsoft Corporation (NASDAQ:MSFT) by 80%, leaving 1.4 million shares in the fund’s portfolio at the beginning of October. With some other hedge funds selling out of the stock, and AIG’s increase in popularity, Microsoft slipped to being the fourth most popular stock among hedge funds for the third quarter (see the full rankings). Microsoft trades at 8 times forward earnings estimates, but we’re beginning to see some signs that Windows 8 and the Surface tablet will not be as big wins for the company as had previously been expected. We think it’s best to wait to hear more on those topics.

Central Pacific Financial Corp. (NYSE:CPF), a $630 million market cap Hawaiian bank, was another cheap stock in Baupost’s portfolio. Central Pacific actually trades at a premium to its book value, with a P/B ratio of 1.2. However, even with its earnings falling 8% last quarter compared to the third quarter of 2011, the trailing P/E is 13. Sell-side projections suggest that net income should bounce back strongly next year, bringing the forward multiple even lower. We’d certainly want to understand why earnings were down, though if the bank can sustain its current return on assets it too would be of interest.

Apple Inc. (AAPL) Is One Of Billionaire Einhorn’s Tech Picks