Yesterday I saw a lazy article on Bloomberg with the title “Hedge Funds Are Dumping Facebook and Google”. The article mentioned the names a few prominent hedge fund managers who reduced their FAANG holdings. Here is an excerpt from the article:

“Some prominent hedge funds retreated from the FAANGs in the fourth quarter.

Philippe Laffont’s Coatue Management, which rode the FAANG wave last year, sold 2.84 million shares of Apple, bringing the value of its holding to $730 million as of Dec. 31. In September, Laffont called the new iPhone X “groundbreaking” but its sales have since disappointed. The firm also reduced its Facebook position by 1.71 million shares, according to regulatory filings Wednesday.

Tiger Global dumped 1.3 million shares of Netflix, leaving it with a stake worth $337 million, and trimmed its Amazon position. Maverick Capital, run by Lee Ainslie, reduced its Facebook and Alphabet Inc. stakes.”

Overall the article is based on the following chart that shows net purchases of hedge funds as of 3 pm on February 14th. 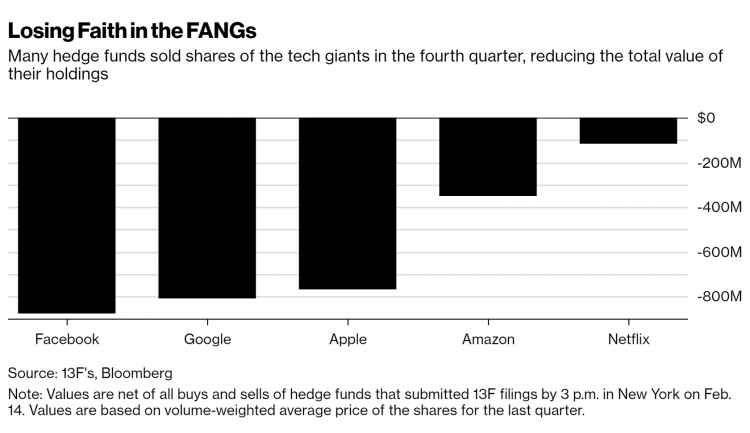 Here is the problem. A large number of the most prominent hedge funds haven’t filed their 13Fs by 3 pm. Bloomberg could have waited another 3 hours and would have seen the complete picture. We did just that. We processed 13F filings by 663 hedge funds and prominent investors and our analysis showed the following facts about FAANG stocks:

Bloomberg was wrong. As you can see hedge funds aren’t “losing faith in FAANGs”. In fact our numbers show that there is a notable increase both in the percentage of hedge funds betting on FAANG stocks and the total dollar amount of their bullish FAANG positions.

What does this mean for your portfolio? Are hedge funds even skilled at picking large cap stocks? In our quarterly newsletter we share the list of 30 most popular large-cap stocks among hedge funds. These stocks gained 1.35% per month between 2012 and 2016, vs. 1.19% monthly gain for the S&P 500 TR Index. Hedge funds are actually more talented at picking smaller-cap stocks but it is interesting to know that hedge funds’ large-cap stock picks also outperformed index funds by nearly 2 percentage points per year recently. These market beating hedge funds don’t seem to think that it is time to dump FAANG stocks.

What do we think? We believe investors can generate much better returns by investing in the consensus small cap picks of last quarter’s 100 best performing hedge funds. We launched this strategy in May 2014 and managed to return 71.6% since then. This strategy’s picks also beat the S&P 500 ETF (SPY) by 18.8 percentage points since its inception. You can find out the latest stock picks of this strategy free of charge if you subscribe to our quarterly newsletter. 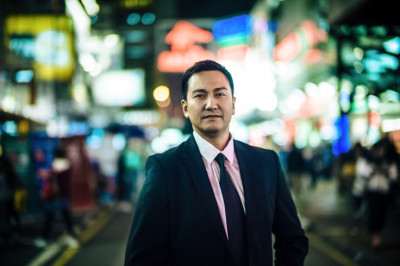 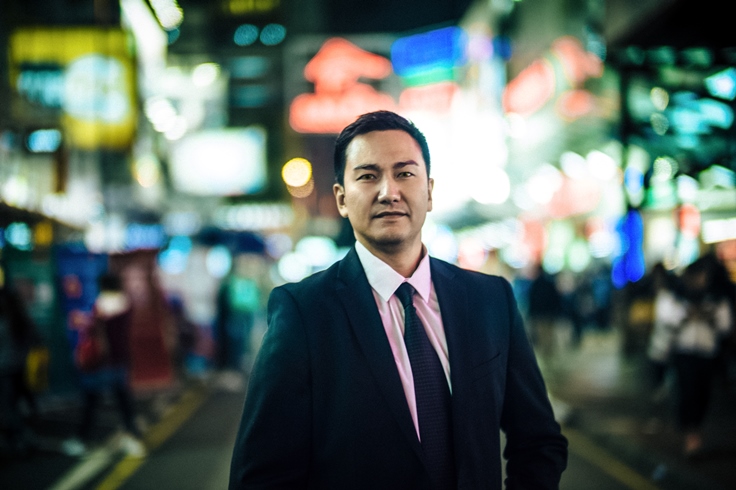